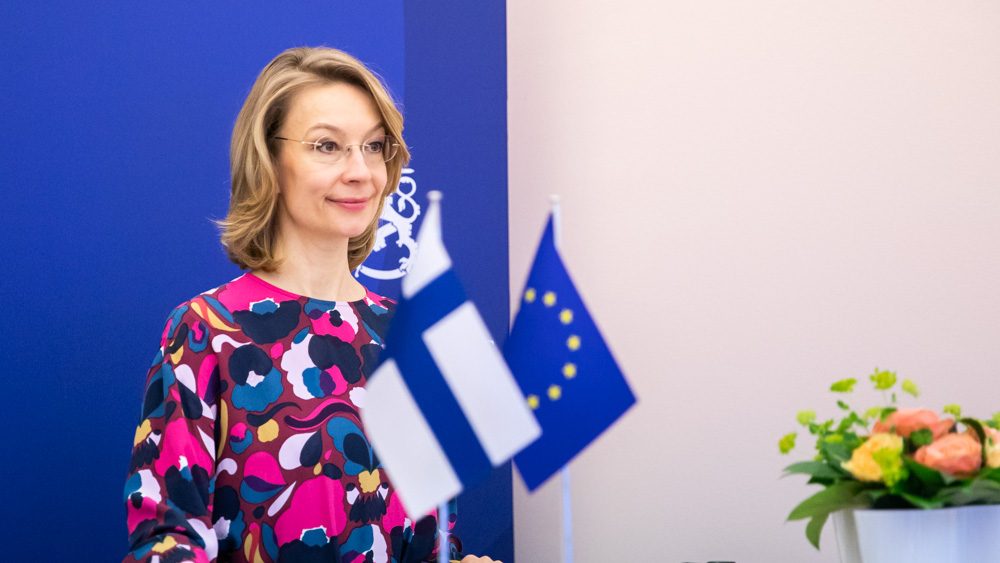 In their informal video conference on 20 April, ministers for European affairs focused the Council's annual rule of law dialogue and the country-specific chapters of the rule of law report for Germany, Ireland, Greece, Spain and France. The European affairs ministers were also updated on recent developments in the EU–UK relations, on the preparation of the Conference on the Future of Europe, on the EU's response to COVID-19, and on the EU's enlargement process. Minister for European Affairs and Ownership Steering Tytti Tuppurainen represented Finland at the meeting.

The ministers continued the debate, started in November 2020, on the country-specific chapters of the Commission’s Report on the Rule of Law. In accordance with the dialogue protocol, the discussion focused on Germany, Ireland, Greece, Spain and France. Following the Commission’s presentation of its observations on the country-specific chapters, the floor was given to the Member States concerned. After this, other Member States shared their experiences and best practices relating to the observations.

The annual rule of law cycle and related annual report are a part of the EU’s wider efforts to strengthen the EU’s common values. In accordance with the Government Report on EU Policy, Finland exercises active policy in matters relating to democracy, the rule of law, and fundamental and human rights.

“Free and diverse media is an essential aspect of democracy and requires active care and protection. The meeting highlighted each Member State’s obligation to ensure a good and safe working environment for journalists. It is important that this theme remains on the agenda in the EU and that we intensify our efforts in all forums in order to promote media freedom and pluralism. With Europe Day approaching, we must keep in mind the EU’s basic values: democracy, human rights and rule of law,” said Minister Tuppurainen.

Ministers for European affairs received the Commission’s update on the state of play regarding the implementation and application of the EU-UK Trade and Cooperation Agreement (TCA) and the EU withdrawal agreement. The provisional application of the TCA will continue until 30 April. The European Parliament and the Council of the European Union must have formally approved the agreement by that date.

The Portuguese Presidency of the Council of the European Union updated the ministers on the preparation of the Conference on the Future of Europe. The conference will involve citizens in a debate on the future challenges and opportunities of the EU. The aim is to launch the conference on European Day, 9 May 2021, in Strasbourg, the COVID-19 pandemic permitting.   Citizens are already able to put forward their views on the development of Europe on the Commission’s multilingual online platform.

The ministers were also briefed on the current situation regarding the coordination of the EU’s response to COVID-19.  Finland supports the preparation of the EU's Digital Green Certificate and stresses the need to accelerate vaccine deliveries. The EU must also send a clear and strong political signal of its commitment to global solidarity in ensuring the availability of vaccines.

The Portuguese Presidency of the Council of the European Union also gave a situation report on the preparation of the negotiating frameworks guiding the EU accession negotiations with Albania and North Macedonia.  Finland considers that the negotiating frameworks guiding the accession negotiations for Albania and North Macedonia should be adopted in order to make progress in the accession process.

In the General Affairs Council (GAC), the EU Member States are primarily represented by their own ministers for European affairs. The tasks of the Council include preparations for the European Council meetings. The GAC is also responsible for a number of cross-cutting policy areas, including negotiations on the multiannual financial framework and EU enlargement. Questions relating to the rule of law are also an established part of the Council’s agenda.

More information on the meeting and its outcome | Council of the EU
Annual Report on the Rule of Law across the European Union, 30 September 2020
Photos of the meeting | Flickr
Tytti Tuppurainen
EU General Affairs Council brexit coronaviruses international relations rule of law