Government Communications DepartmentMinistry for Foreign AffairsMinistry of Social Affairs and HealthMinistry of the Interior
Publication date 23.7.2020 13.50 | Published in English on 23.7.2020 at 15.22
Press release 501/2020 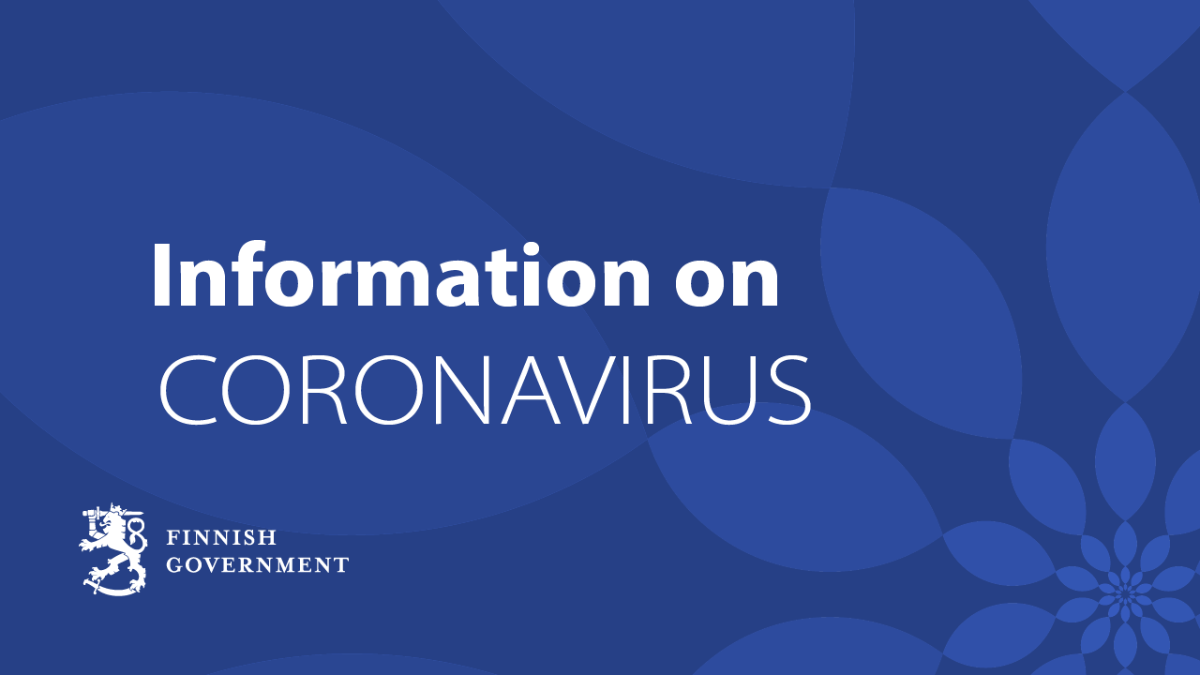 In its meeting on 23 July, the Government decided to reinstate internal border control for traffic between Finland and Austria, Slovenia and Switzerland. These countries have seen an increase in the number of COVID-19 infections since the previous assessment. The reinstated restrictions will enter into force on Monday 27 July.

Restrictions on entry may be lifted for traffic between Finland and countries where the incidence of COVID-19 has not exceeded eight new cases per 100,000 persons in the previous 14 days. Alternatively, the lifting of internal border control and entry restrictions may be considered for countries with a maximum of 10 new cases of the disease per 100,000 persons in the previous 14 days. The Government has previously stated that if necessary, the lifted restrictions may be reinstated if the epidemic situation in a certain country deteriorates significantly.

Some restrictions on external border traffic to be lifted

On 30 June, the Council of the European Union approved a recommendation (the ‘green list’) on the lifting of restrictions on border traffic for non-EU countries, also known as third countries. The Council recommends that Member States lift the restrictions at external borders in a coordinated and gradual manner. Traffic between Finland and the countries on the list will be opened up subject to certain restrictions if the number of new infections in the country on the list does not exceed eight per 100,000 persons during the previous fourteen days.

The countries that currently meet this criterion are South Korea, Georgia, Japan, China, Rwanda, Thailand, Tunisia, Uruguay and New Zealand. Since 13 July, travel for work and other essential traffic between Finland and these countries has been permitted for people living in these countries. From 27 July onwards, traffic between Finland and these countries will be allowed without restrictions. However, as far as China is concerned, the Council of the European Union must confirm the adequate implementation of reciprocity in line with its recommendation.

In the case of residents of Algeria and Australia, the restrictions on external border traffic were eased on 13 July, but according to the latest epidemiological assessment, the countries no longer fulfil the criterion set by the Government. Restrictions on external border traffic between Finland and Algeria and Australia will therefore be tightened again.

Ports to open for passenger traffic

Passenger traffic will now be permitted at all ports operating at border crossing points, taking into account the entry restrictions. This change aims to facilitate the activities of entrepreneurs and is in line with the earlier decision on airports.

As a clarification concerning air traffic, transit is permitted only on regular, scheduled flights. For example, private flights for transit purposes are not permitted insofar as the restrictions on internal or external border traffic are in force.

The decisions made today will remain in force until 25 August. The Government will reassess the need for and extent of the restrictions on entry in approximately two weeks based on the epidemiological situation.

Under section 9 of the Constitution of Finland, Finnish citizens always have the right to return to Finland, and everyone has the right to leave Finland if they so wish, provided that there is no legal impediment to this. However, the Government still recommends avoiding unnecessary travel to other countries than those for which the restrictions on entry have been lifted. People leaving Finland must also take into account any restrictions imposed by the country of destination on travellers arriving from Finland.