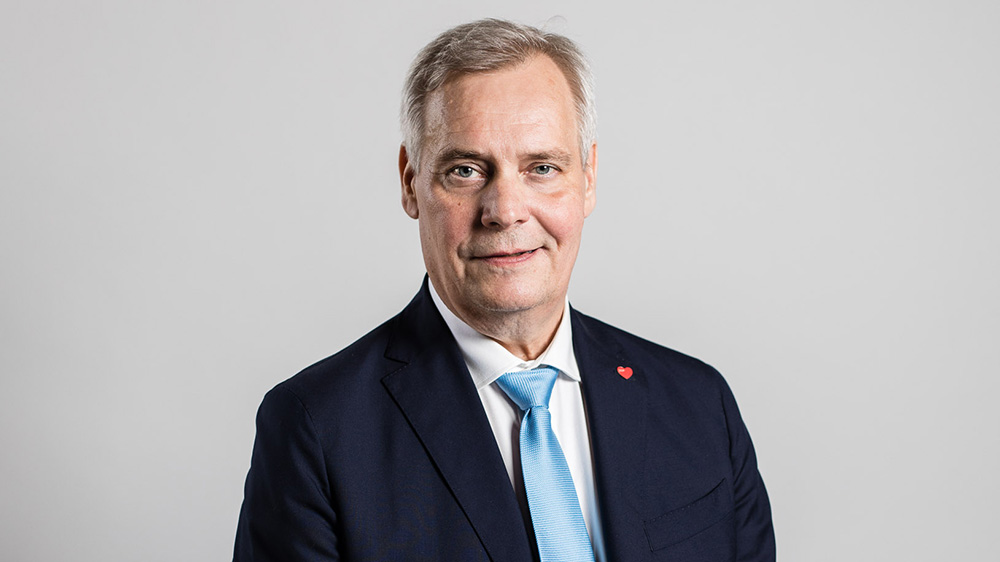 The foundations of the European Union were laid in a divided continent ravaged by war. The founders nevertheless shared a vision and belief in the future. Expectations for European cooperation were high, for what was at stake was peace and stability for the whole continent, the unity of Europe.

For many decades now, the EU has fulfilled these expectations. EU cooperation has deepened, as the Member States have come to realise that together we are stronger. Nowhere else in the world is there anything to compare with this unique form of cooperation between nations.

‘Unique’ is indeed the right word to describe the story of the European Union.

Nowadays, Germans can drive across the border any time to have dinner with their friends in France. It is hard to believe that these two countries fought two bitter and bloody wars in the 20th century.

On a continent that 30 years ago was still divided by barbed wire and walls, a whole generation has been born and raised who have never known anything else than free movement across borders.

A continent that suffered the horrors of war and totalitarianism and witnessed an atrocious genocide 80 years ago is now the strongest defender of democracy, human rights and peace in the world.
This unique story is a source of pride, but with this pride comes great responsibility, as the EU is now the object of new expectations. While maintaining stability and peace is still one of the EU’s core tasks, many other big questions remain unanswered.

Europe’s economic growth has slowed, leading not only to growing unemployment and inequality, but also paving the way for the rise of populism and extremism. The EU’s values – the rule of law, human rights, equality and democracy – are being challenged.

The EU’s unity is also being tested by the prospect of the United Kingdom’s withdrawal. On the other hand, the Brexit process has shown that it is better to seek solutions to complex questions together with our partners than to work on our own. This is yet another reminder that there are no simple answers to complex questions, even if someone might irresponsibly claim this to be so.

The EU is rooted in the idea of multilateral, rules-based cooperation.

It is in the interests of a small country like Finland to have a system in which the rules are agreed jointly rather than dictated by a bigger or stronger party.

The best way for Finland to take this idea forward is as part of the EU. I would emphasise that whether Finland is seen as a small or a big EU member is up to us.

The more active we are, the bigger our profile to others. And that, if anything, is in Finland’s interests.

With the international system in a state of flux, the EU is exactly what we need to defend multilateralism.

In the 2020s, the EU will have the chance to fulfil the expectations of its citizens by taking the lead in addressing the major challenges faced by humanity.

The crucial one is climate change, which is why the time for “yes, but” policies for combating climate change is over. In Finland, in the EU and in the world.

Finland is about to launch its Presidency of the Council of the European Union, and in this role we can make an impact on the future of the EU. That future should be socially, economically and ecologically sustainable.

The slogan for our Presidency neatly states the goal: Sustainable Europe – Sustainable Future.

A key priority of Finland’s Presidency is the EU’s global leadership in climate action.

This means committing to climate neutrality by 2050. Our aim is for the European Council to reach agreement on the main elements of this plan by the end of 2019.

Measures to fight climate change must be carried out in a socially equitable way. These measures will have a tangible impact on all sectors of society. We need to generate sustainable growth and boost employment with the help of the bioeconomy and circular economy, for example. An active industrial policy and development of the service sector and the digital economy will help lay the foundation for a new economy for the modern age.

This is how we can make the EU the world’s most competitive and socially inclusive low-carbon economy.

Sustainability also ties in with the EU’s shared values. Human rights, freedom, democracy, equality and the rule of law are all values that EU countries commit to as part of membership.

Jean Monnet, the EU’s founding father, once said that the purpose of a united Europe was not to form coalitions of states, but to unite people. People and their needs should be at the core of EU cooperation.

The EU works best when we increase people’s wellbeing and security and reduce inequality.

People are living in a world of change. European cooperation should eliminate their fears, offer them new opportunities and give them confidence in the future. Thus it can continue its unique story for people, bringing them together.

This is why Finland’s Presidency will emphasise the strengthening of the EU’s social dimension and investing in education, training and skills.

The single market, which is at the European Union’s core, should treat all workers fairly. We cannot allow social dumping to become a source of competition. New needs arise from new forms of employment. It makes sense to assess these needs and, if necessary, to update the rules to reflect the present day.

The single market cannot function without its central principle, which is the free movement of people, goods and services. Europeans must be free to move to another EU country to work.

Skills and competence provide the foundation for success for the people of Europe. We need to increase the exchange of students and other forms of cooperation between educational institutions. We should also explore the possibility of founding a networked European super-university and developing a ‘super-Erasmus’ programme for European researcher exchange.

The EU can only defend European values and European interests in a changing world if it is strong enough to do so. The EU should aim to be a values-based global leader, which means that it must engage in dialogue and cooperation with partners worldwide.

A rules-based approach to free trade will help make sure that the rules of international trade reflect issues that are important to us, such as sustainable development and the rights of workers. If the EU does not participate in defining these rules, someone else will define them for us.

We Europeans are not alone in the world. To be able to tackle the challenges of climate change, population growth and migration management, it is essential for us to support stability and development in Africa. Finland’s Presidency will work towards taking the EU−Africa partnership in the direction of greater equality, in a way that benefits both partners.

Citizens also expect the EU to protect their security comprehensively. This increases the importance of digital security and countering hybrid threats.

Finland’s Presidency aims to step up the fight against hybrid threats. We have strong expertise in this area. A major outcome of cooperation in this field has been the founding of the European Centre of Excellence for Countering Hybrid Threats in Helsinki. Finland aims for the Council to establish a permanent working party on countering hybrid threats. This would improve coordination of the work done in various policy sectors.

Just before Midsummer, we adopted in the European Council a strategic agenda setting out the EU’s policy priorities for the next five years. Finland’s influence is evident in the new priorities: a responsible climate policy, sustainable development, the social dimension, defending the rule of law, and safety and security are all important issues for our citizens. Finland will be the first presidency to start work on implementing the strategic agenda.

The Presidency is expected to provide strong leadership, which includes the ability to negotiate and find compromises. Protecting the unity of the EU is in everyone’s interests.

We must bear in mind that EU policy is domestic policy, and should therefore be debated regularly in the Plenary Hall in Parliament. The Government therefore intends to submit a report on EU policy once our Presidency is over.

I would like to conclude by recalling a point that gets forgotten from time to time.
When controversial issues are discussed, you often hear it said that such and such a decision was made over there in the EU. And in times of difficulty, people are heard to say the EU should act quickly. I would like to remind all those who say such things that they are speaking of themselves.

The EU is not somewhere out there. The EU is right here.

The EU is not those people over there. The EU is us.

This Government is committed to Finland’s role as an active participant in the EU.