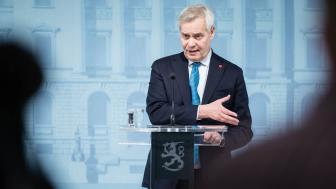 At a press conference on 29 November, Prime Minister Antti Rinne announced that Minister of Local Government and Ownership Steering Sirpa Paatero will be on sick leave until 13 December.

The acceptance of her resignation and the appointment of a new minister will take place at a government presidential session.