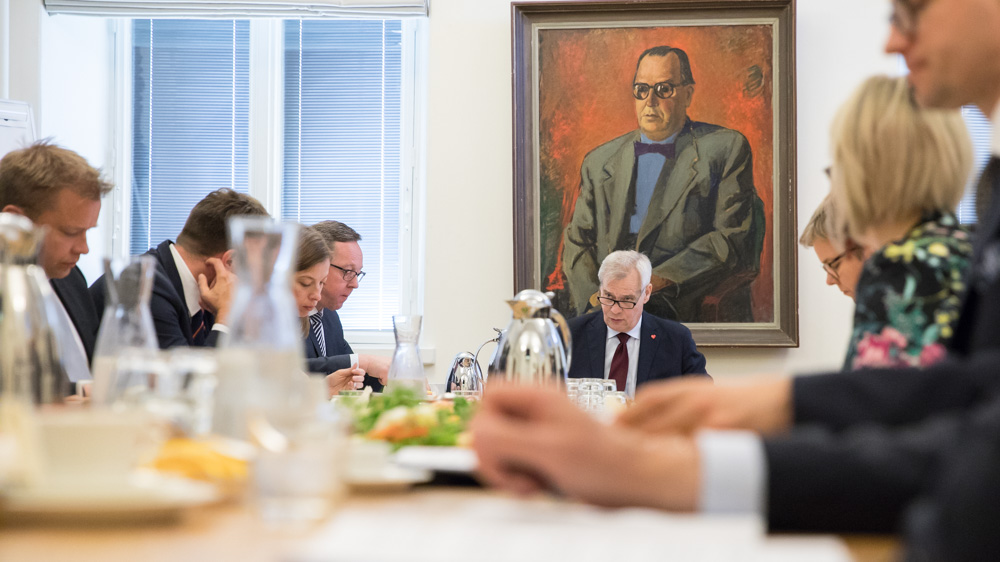 At its meeting on Friday 29 November, the Ministerial Committee on European Union Affairs was briefed on the progress made in implementing the priorities of Finland’s Presidency of the Council of the EU and discussed the EU’s common approach to the introduction of 5G networks.

The priorities of the Presidency programme include values shared by the Member States and the rule of law as cornerstones of EU action, a competitive and socially inclusive Union, the EU as a global leader in climate action and protecting the security of citizens comprehensively.

During its Presidency, Finland has taken concrete action to improve compliance with the rule of law. Thus, in the negotiations on the multiannual financial framework, Finland has promoted efforts to reach agreement to protect the EU budget where there are frequent gaps in compliance in the Member States with the rule of law. To forestall such problems, Finland has stepped up efforts to address rule of law issues in the Council. At Finland's initiative, the procedure based on Article 7 of the Treaty on European Union has also been strengthened. The Article is applied when there is reason to believe a Member State is seriously in breach of the EU’s values.

Finland has worked for a competitive and socially integrated EU by promoting sustainable growth in the EU and by launching a debate at EU level on a mutually supportive relationship between the economy and people’s wellbeing. The key priorities for sustainable growth consisted of the promotion of a forward-looking internal market, the digital economy, research and innovation, and modern industrial policy.

By addressing the EU’s long-term climate strategy in all relevant Council configurations and at a number of informal ministerial meetings, Finland’s Presidency has furthered the adoption of the goal of a climate-neutral EU by 2050. The October Environment Council adopted conclusions sending a strong message on incorporating the idea of a circular economy in the new Commission’s work programme and on the solutions this offers to mitigate climate change and biodiversity loss.

During Finland’s Presidency, progress has also been made in the comprehensive security of citizens and crisis resilience of societies in situations involving biological pathogens, chemical and radioactive substances and nuclear weapons. The Council also set up a working party in July to coordinate the fight against hybrid threats.

The Ministerial Committee on EU Affairs also discussed the introduction of 5G networks at its meeting. To secure EU competitiveness and cyber security, Finland considers that a common EU approach to the transition to 5G networks is particularly important.

The Transport Council aims to agree, among other things, on a position on road charging rules (Eurovignette), with a view to reducing emissions. In the Telecommunications Council, ministers will discuss the human-centric data economy and adopt conclusions on the opportunities offered by 5G technology and the need to mitigate related security risks.

The Justice and Home Affairs Council will wrap up the reflection process on the future, which has been a key theme of Finland’s Presidency. The aim is to provide guidance for the EU’s 2019 –2024 legislative cycle.

The Economic and Financial Affairs Council (Ecofin) aims to reach agreement on the completion of the Capital Markets Union and on the next steps in combating money laundering and terrorist financing. The extended Eurogroup will prepare the discussions scheduled for the December Euro Summit on the banking union, the euro area budgetary instrument and amendments to the ESM Treaty and.

Energy ministers will discuss smart sector coupling, which will play an important role in reducing emissions. The debate is about how clean energy can be introduced in all sectors of the economy, for example in heating, industry and transport.