Speech by Prime Minister Rinne before Parliament on 10 September 2019 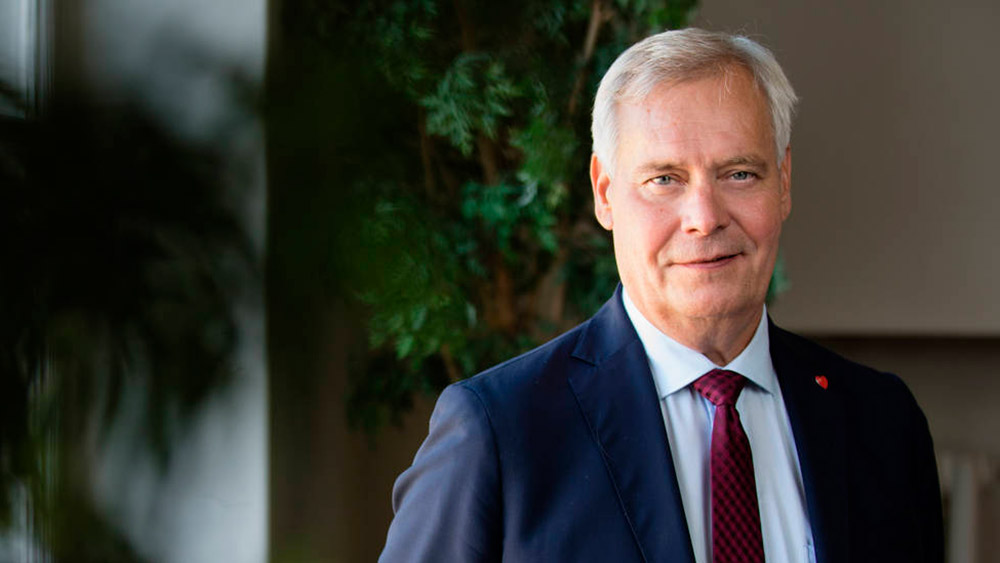 President of the Republic,

It is a great pleasure and honour to celebrate the centenary of the Constitution Act of Finland here in Parliament, the principal forum of our constitutional republic, our democracy.

Roughly a kilometre from here, there runs a street named ‘Mechelininkatu’. When walking along it, you may be unaware of the historical connection with the emergence of rule of law in Finland and the evolution of our Constitution.

Leo Mechelin, who has given his name to that street, died three years before Finland gained its independence, but his lifelong work helped to lay the foundations for Finland’s constitutional democracy. Today, Mechelin is not as well known as he was during his lifetime, or as he deserves to be on the basis of his achievements.

Eino Leino, one of the pioneers of Finnish poetry, wrote a eulogy poem for Mechelin’s funeral entitled ‘Kansalaisseppel’ (Wreath for a citizen). It included the following words:

In the poem, Leino describes the importance of Mechelin to his contemporaries, who were dreaming of an independent and free country. In that poem, from 1914, Finns are still described as an oppressed people and Mechelin is portrayed as head of the nation.

Mechelin left behind a living legacy that paved the way for a free and democratic Finland, a country governed by the rule of law.

I am pleased to announce that the Government is lending its support to the publication of Mechelin’s collected works in an effort to increase awareness of this great man, one of the pioneers of Finland’s democracy, rule of law and constitution.

The journey it took to become a democratic state governed by the rule of law in the Western tradition has been considerably longer than the walk from Mechelinkatu street up here to Arkadianmäki hill where the Parliament building stands.

We owe a debt of gratitude to all those who have worked in this Plenary Hall over the past hundred years, ensuring that Finland’s constitutional democracy did not remain a distant pipe dream but was established and is firmly in place.

It took enormous courage to put principles into practice:

We have good reason to remember, with gratitude and pride, our war veterans who secured Finland’s independence by fighting on the battlefront and on the home front. We owe them a great deal.

At the same time, we are also grateful to the veterans of Finnish democracy, who defended the rule of law and everyone’s right to act as equal citizens by participating, making a difference and casting their vote.

Our gratitude also goes to those who shaped and paved the way for Finland’s Constitution, the 100th anniversary of which we are celebrating today.

Our forward-looking Constitution has paved the way for many positive developments, notably:

a rule of law in the Western tradition that protects individuals and guarantees their freedom;

a welfare state traditionally based on the principle that no one need be afraid of failure and that failure does not exclude the possibility of a second chance;

a society that is the safest place in the world for those who live here.

We should be very proud of these achievements. Proud – yet at the same time remembering that none of this has come without considerable effort.

Universal suffrage – already gained a number of years earlier – was one of the greatest achievements of progressive thinking; it served as a key instrument ensuring Finnish society was able to make huge strides.

Backed by decisions of the Finnish people, regardless of wealth or background, we have built a society in Finland that is admired around the world.

Even though we have our problems, even though for too many of us life is a daily struggle, we are seen as the happiest people in the world.

Many other societies look to us as an example. Perhaps because we have never become stuck in our tracks, but instead look to the future and strive to move forward. Forward towards a fairer and better society.

And perhaps because, as is typical for Finns, our achievements make us proud, but never arrogant.

Although today we are celebrating the 100th anniversary of Finland’s constitutional democracy, our eyes are firmly fixed on the future.

And our task is now easier, thanks to the hard work and efforts of previous generations, Leo Mechelin and many others. Our honourable past not only illuminates our future, but is also a source of inspiration and resolve.

As an example, let me quote the words of former Prime Minister Rafael Paasio:

“If unsure of what to do, always stand up for the weaker party.”

Although most likely intended as a guideline for politicians, Paasio might just as well have been describing the purpose of our democracy and the Constitution of Finland.

That every person and individual is protected. That everyone’s freedom is safeguarded.

We Finns are used to the fundamental values of Western democracy and the rule of law: human rights, independent courts, freedom of speech, freedom of the press and indivisible human dignity.

But we must remember that these have never been things that can simply be taken for granted. Not in 1919, not in 2019.

They must be defended every day. The responsibility rests with us.

There have been and will be attempts to attack democracy and the rule of law. We must have zero tolerance for such operations. We will act accordingly in Finland, in Europe and internationally.

Because attacks on democracy and the rule of law are above all attacks on citizens, on people.

We have witnessed such things before, but each time the people in this plenary chamber have stepped up to the plate and defended Finnish democracy.

And we will keep defending it, because that’s what we do.

Because we know what would happen to people if the rule of law were to be set aside.

That is why we, the policy-makers, put here by the people, should bear in mind the following:

If we are not certain how to act, let’s always fight for democracy and the rule of law.

The reason is very simple: by doing so, we will always stand up for people and for freedom.