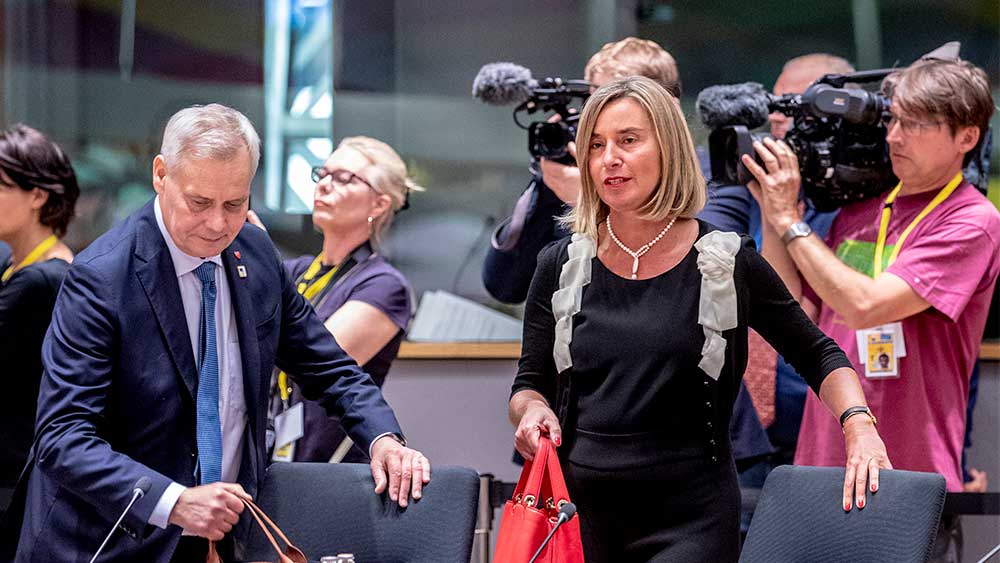 On Friday June 20, the European Council met in Brussels to agree on the guidelines by which the EU aims to gain a stronger position in the changing environment. In future, the focus will shift even more towards the citizens of Europe and European values. The aim is a climate-neutral Union built on a strong economy.

The European Council adopted the Strategic Agenda that sets out new priorities for the EU. These priorities will guide the EU’s work for the next five years. Finland will be the first Presidency to work on how to deliver on the priorities within the Council.

“People expect solutions from politicians, and this is what Finland wants to deliver. We will take an active role to make sure that Europe will assume true leadership in tackling the big questions of our time. We are very well aware that a responsible climate policy, sustainable development, social dimension, defending the rule of law, and safety and security are most important for the citizens. This is why I am very happy that these objectives, which Finland also wishes to push forward, are now included in the Strategic Agenda”, Prime Minister Antti Rinne says.

“I wish to remind that, whatever it is called, the Strategic Agenda is for the people of Europe and for making their daily lives better. Quite simply this means combatting climate change and making sure that people are safe and secure and that ordinary European citizens benefit from economic growth. The EU is for the citizens, not the other way round.

In the years to come the activities of the EU will also be guided by the multiannual financial framework for 2021–2027 (MFF), i.e. the EU’s long-term budget. The framework specifies how much money the EU has at its disposal, how the money will be used, and how the expenditure is to be funded. The European Council urges Finland to continue the work on MFF during the Presidency so that the European Council can resume discussions on the matter in October and an agreement could be reached by the end of the year.

Climate-neutral EU as the target

The EU is getting ready to submit its long-term climate strategy to the UN. The European Council has promised to finalise the political guidance for the strategy by the end of this year. This timetable provides the framework for the Finnish Presidency as well. The European Council urges the Council of the EU and the Commission to promote the efforts towards achieving climate neutrality, in line with the Paris Climate Change Agreement. This transition must take place in a way that is fair and just for the citizens and takes the circumstances in different Member States into account, while also preserving the EU’s competitiveness. A vast majority of the Member States would have wanted to set the aim of achieving climate neutrality to 2050.

“People expect the EU to pursue an ambitious climate policy. This is also what Finland will push forward during the Presidency as we wish to strengthen the people’s faith in the future, especially among the young. Why does the title of our Government Programme start with the words climate change? To make sure that in future it is not climate change that will bring an end to humankind”, Rinne says.

Cooperation in combatting hybrid threats and in external relations

The EU Member States want to strengthen the capacity of societies to combat disinformation. It is important to enhance the citizens’ awareness and their preparedness to recognise false information. The European Council also stresses the need for a coordinated approach to deal with hybrid and cyber threats and to engage in stronger cooperation with international partners.

At the meeting the European Council also discussed external relations with particular focus on Eastern Partnership and EU-Africa Strategic Partnership. The EU leaders expressed their serious concerns relating to illegal drilling by Turkey in eastern Mediterranean. The European Council also agreed on resuming the sanctions against Russia as no progress has been made in implementing the Minsk agreements.

At the Euro Summit on Friday 21 June, the EU leaders discussed deepening the EU's Economic and Monetary Union (EMU). The primary responsibility for managing the economy continues to rest with each Member State.

Negotiations are under way concerning the budgetary instrument for the euro area, the euro budget, that could support structural reforms and public investments in the Member States. The aim is to promote the competitiveness and stability of the euro area. The EU leaders commissioned the Eurogroup to continue its work to finalise the budgetary instrument for the euro area, strengthen the European Stability Mechanism and complete the banking union.

At the end of the day the European Council President Tusk and European Commission President Juncker gave the leaders of EU-27 a brief situation report on Brexit. The EU positions remain the same: the Withdrawal Agreement will not be reopened and the future relationship between the UK and EU will not be negotiated before the UK’s withdrawal.

The EU leaders will continue the talks on the nominations to EU institutions at an extraordinary European Council meeting on 30 June.