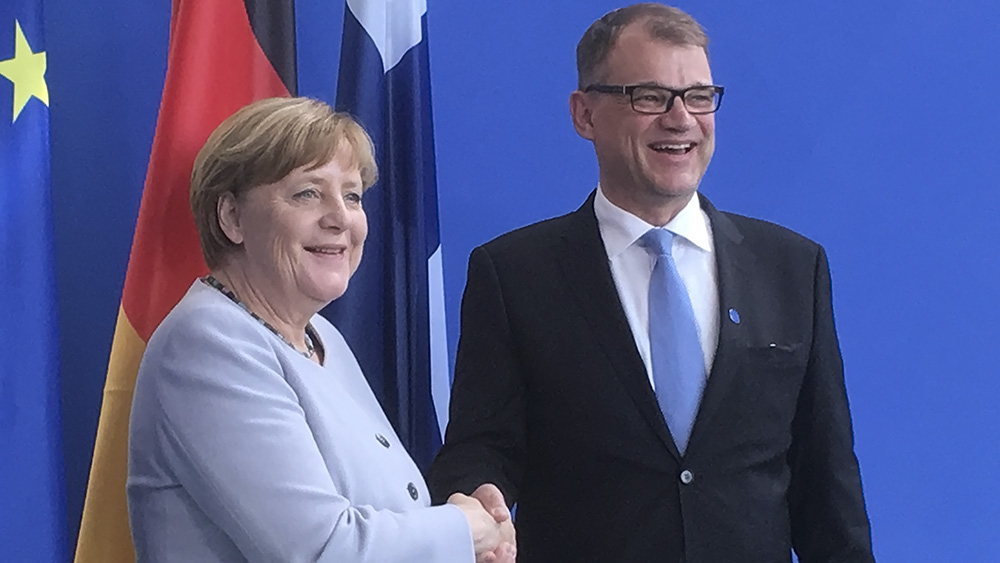 On Wednesday 21 June, Prime Minister Juha Sipilä met Federal Chancellor Angela Merkel in Berlin. They discussed topical EU matters such as the swift deepening of EU defence cooperation and development of the Economic and Monetary Union. Other topics included themes for discussion at the European Council beginning in Brussels the following day, such as trade policy, migration, climate, energy and external relations.

“We are of the same view as Germany that concrete decisions on deepening the EU’s common defence cooperation should be taken now, without delay,” said Prime Minister Sipilä in Berlin.

One element in the EU defence cooperation is the idea of permanent structured cooperation, which both Germany and Finland have actively taken forward.

“Finland is very willing to engage in close cooperation with Germany in this aspect too. We are interested in, for instance, projects between EU countries to develop cyber defence capabilities, satellite-related space cooperation, securing sea lines and projects related to military security of supply,” explained Sipilä.

The future of Europe and especially issues concerning the development of Economic and Monetary Union also came strongly to the fore in the discussions between Prime Minister Sipilä and Federal Chancellor Merkel.

“When talking about future solutions, it is always important to distinguish between short-term and long-term reforms. In this respect Chancellor Merkel and I were of quite the same opinion, that in the long run we must be ready to discuss even very significant reforms if necessary. Of course Finland and Germany each have their own perspective on how the Economic and Monetary Union should be taken forward. But the level of ambition should be kept high, and we are ready to take the Union forward in a way that allows it to function more effectively and to be economically more robust. Our priorities and views on the Economic and Monetary Union, as in other areas, are very similar to those of Germany,” said Sipilä.

Also during his visit, the Prime Minister together with Sigmar Gabriel, the German Vice-Chancellor and Foreign Minister, attended a Midsummer celebration hosted by the Finnish Embassy in Berlin. This is one of the biggest events organised in Germany to mark Finland's centenary celebrations. In the course of the evening, the event grew from a reception for invited guests only into a summer festivity for the general public. The event’s main artists were the Tango Alakulo ensemble with special guest Iiro Rantala, Boys’ Choir Cantores Minores and jazz ensemble Dalindèo.