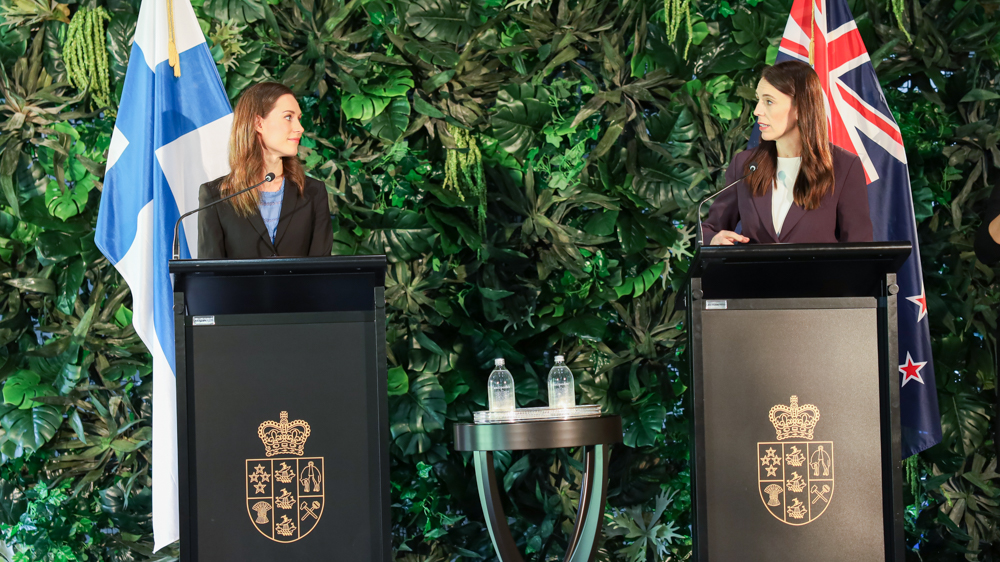 In their meeting, the prime ministers emphasised that both Finland and New Zealand are progressive democracies that work actively to defend their common values within the multilateral system. One of the most important themes of the discussion was defending universal human rights, democracy and gender equality, which is now even more topical as these achievements face challenges internationally. The prime ministers also discussed the rights and status of Indigenous peoples. Cooperation between Finland and New Zealand is needed to defend multilateralism together with other like-minded countries.

The prime ministers discussed ways to implement ambitious climate policy and the green transition. As highly developed economies and welfare states, Finland and New Zealand also share certain similar challenges, such as ageing populations. Against this background, the Prime Ministers exchanged views on the economy and on how to organise wellbeing services in the future. Finland and New Zealand are already cooperating in this area. Prime Minister Marin highlighted the expertise Finland has to offer in fields such as new technologies and digital services.

The prime ministers jointly condemned Russia’s illegal war of aggression in Ukraine and its blatant violations of international law and the UN Charter. They emphasised the importance of supporting Ukraine for as long as it needs the support of the international community. Peace must be achieved on Ukraine’s terms, and those responsible for war crimes must be held accountable for their actions,” the prime ministers stressed.

Security policy featured prominently in the prime ministers’ discussions. They exchanged views on the situation in the Indo-Pacific region. Marin will represent Finland at the EU-ASEAN Summit in Brussels on 14 December. The prime ministers stressed the importance of cooperation between New Zealand and the European Union in the Indo-Pacific region. The EU and New Zealand recently concluded negotiations on a free trade agreement, and the prime ministers agreed to work together to ensure that the agreement is signed and ratified as soon as possible.

They also discussed China’s role in the region and relations between the EU and China. Marin told Ardern about the measures taken by Finland and the EU to assess commercial dependencies on China in sectors such as new technologies and medicines. The prime ministers’ discussion on topical themes focused in particular on the concerning situation facing women and girls in Iran.

In connection with the meeting, the prime ministers signed a wide-ranging joint declaration in which they also affirmed their joint commitment to combating climate change and biodiversity loss and protecting the Antarctic environment. They also expressed their willingness to strengthen bilateral business links in science and technology, especially with respect to digitalisation, wireless mobile technologies, artificial intelligence, quantum computing, the data economy and the green transition.

From New Zealand, Prime Minister Marin will continue to Australia. She will meet with Australian Prime Minister Anthony Albanese in Sydney on Friday. Prime Minister Marin’s programme also includes an address at the internationally renowned Lowy Institute. Her speech will focus on the lessons learned from recent crises, such as the COVID-19 pandemic and Russia's war of aggression in Ukraine.