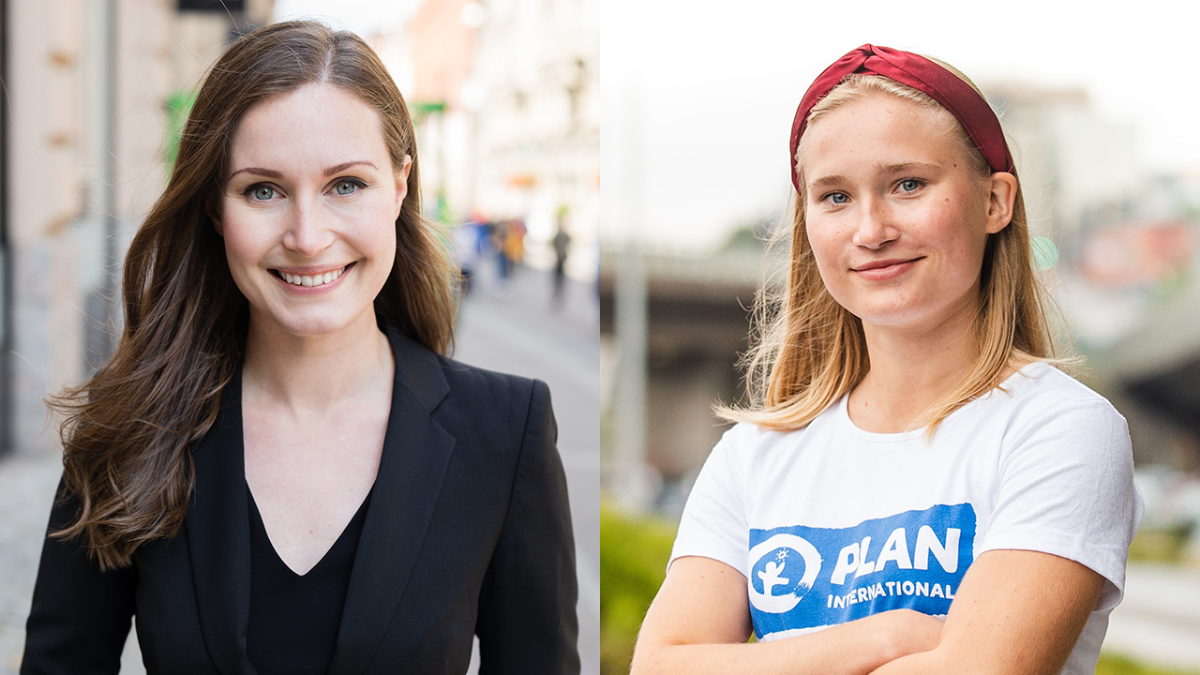 Prime Minister Sanna Marin will participate in the Girls Takeover event organised by Plan International on 7 October. For one day, the Prime Minister’s seat will be occupied by 16-year-old Aava Murto. In the Girls Takeover, which is part of the celebration of the UN’s International Day of the Girl, girls around the world step into the shoes of leaders in different sectors of society.

This year, Plan International is highlighting the impact of technology on gender equality. Several institutions and companies in Finland have been selected to participate in the campaign by taking action to promote gender equality in technology.

Over the course of the day, Murto will meet with Minister for Development Cooperation and Foreign Trade Ville Skinnari, Chancellor of Justice Tuomas Pöysti and Member of Parliament Iiris Suomela, among others.

In the discussions, Murto wants to focus in particular on opportunities for the most vulnerable girls to benefit from technology in today’s rapidly digitalising world.

“To prevent girls in developing countries from being excluded from technological development and the opportunities it provides, we must ensure that they can make better use of technology and participate in its development. Girls’ access to technology is a significant, global equality issue that needs to be taken seriously,” says Murto, who is from the village of Vääksy in Southern Finland.

The digital divide between the genders is particularly great when we look at the share of girls and women working as developers of technology. Prime Minister Marin reminds us that we still have a great deal of work to do to bridge the gap around the world.

“Finland must make use of its strong national expertise in digitalisation, and in the area of new technologies and innovations more broadly, including in equality work. Innovations must make new technologies accessible to everyone. They must not deepen the digital divide between countries or within societies. They must serve to eliminate inequality as technology brings about changes to working life and societies,” says Prime Minister Marin.

Last year, girls took over the jobs of 1,800 leaders in more than 60 countries worldwide. Sunday 11 October marks the UN’s International Day of the Girl.

President and Ministerial Committee on Foreign and Security Policy discussed current NATO issues, defence cooperation between Finland and the United States, and Russia