A report of the involvement of Finnish SS men in the killing of Jews, civilians and prisoners of war in the period 1941–1943 has been submitted to the Prime Minister's Office 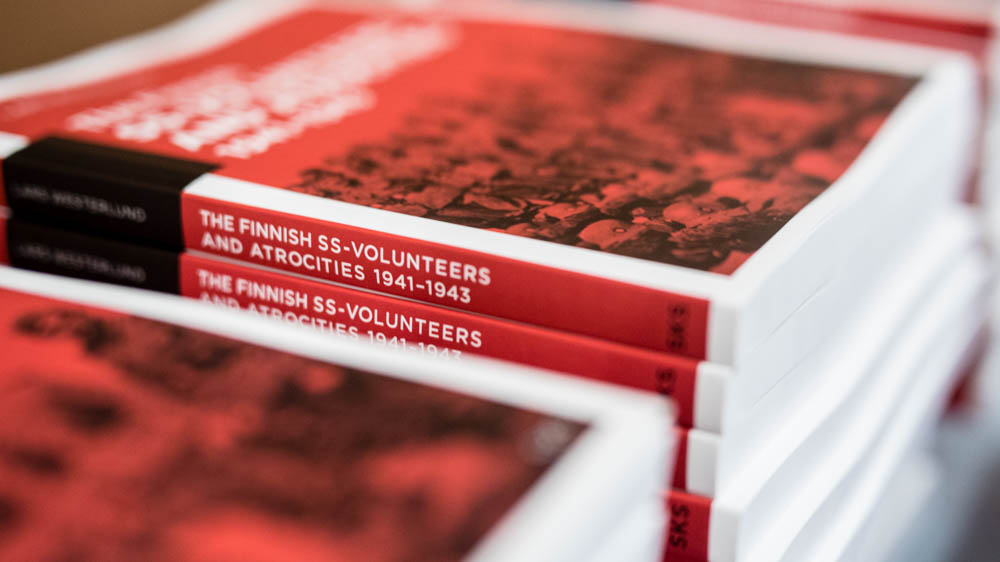 On Friday 8 February, the Prime Minister's Office received an archive report prepared by the National Archives of Finland of the involvement of Finnish SS men in the killing of Jews, civilians and prisoners of war in the period 1941–1943.

The report complements the information available on the systematic killing of Jews and other civilians as part of Germany’s attack against the Soviet Union in June 1941.

“At the beginning of the attack, Finns were unaware of the Germans’ goal of eradicating the Jews. It is very likely that they participated in the killing of Jews, other civilians and prisoners of war as part of the German SS troops. Primarily, Finns had a negative view on these actions,” notes Jussi Nuorteva, the Director-General of the National Archives of Finland.

“Finns were above all interested in fighting against the Soviet Union. This was due to experiences of the Winter War and the perceived threat caused by the Soviet Union. The starting point for Finns’ involvement was different compared to most other countries joining SS foreign volunteers. Finland’s aim was to provide the country’s troops with military training. It had been agreed that the troops would return to serve as part of Finland’s military after this temporary training. Norwegian, Danish, Dutch and Belgian volunteers came from countries occupied by Germany and knowingly enlisted in the occupier's armed forces,” he continues.

State Secretary Paula Lehtomäki received the report on Friday at the House of the Estates.

“It is important to investigate the questions that emerge, and conduct complementary research on difficult and significant historical events. This report contributes to increasing information on the events that occurred during this historical period, including those that involved Finns. We share the responsibility for ensuring that such atrocities will never be repeated,” says Lehtomäki.

The report was an independent archive investigation commissioned by the Prime Minister's Office and conducted by the National Archives of Finland. The project was launched as Efraim Zuroff, the director of the Simon Wiesenthal Center, approached the President of the Republic Sauli Niinistö in January 2018 and asked Finland to prepare a report of the involvement of the Finns serving in SS Panzer Division Wiking in the period 1941–1943 in the killing of Jews.

Significant complementary materials were obtained to the investigation from foreign archives in Russia, Ukraine, Germany, the Netherlands and the Nordic countries. The project had access to the journals of a total of 76 Finnish volunteers in the SS Panzer Division Wiking. The investigation also covered a considerably high volume of archives maintained by the authorities and private persons as well as correspondence, photographs, newspaper and magazine reportage and articles, memoirs, and available research literature. The investigation had access to materials not available for previous studies.