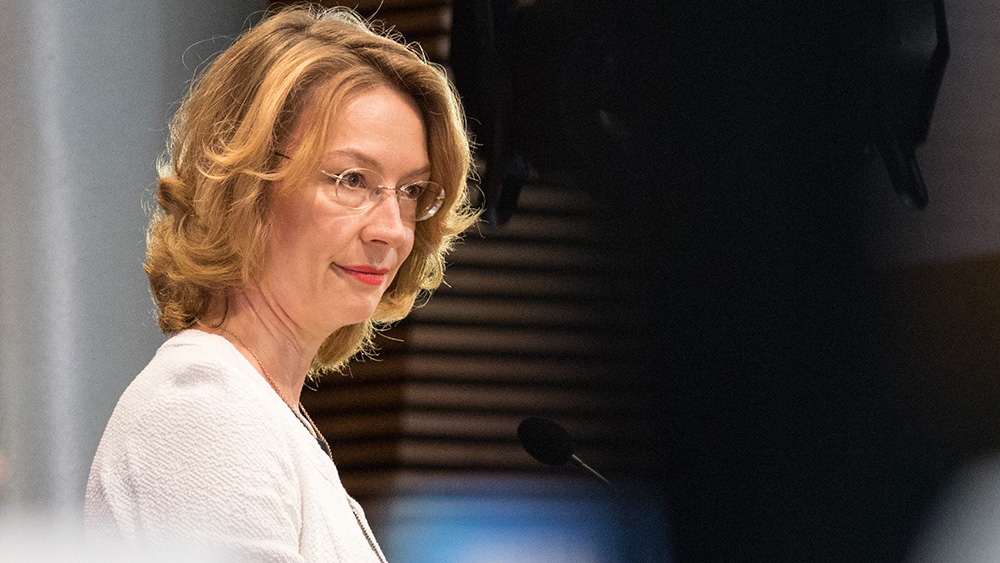 I am pleased and honoured to speak here today in the opening session of these very topical and timely Energy Globe Days and I am very glad to see you here in Hanasaari to discuss ways towards to a future that is affluent, sustainable and just.

Finland aims to be the world’s first carbon neutral welfare society and promotes the idea within European Union and for the whole world. While today and during these Energy Days we are focusing on the environmental sustainability, that sustainability will never become reality without the other elements of sustainability, namely social and economic sustainability. They are interdependent.

The current Finnish government started in June and since July the common thread running through our policies is a strong commitment to sustainable development. Our guiding policy document, the government programme, has been structured according to the United Nations sustainable development goals and has the goal of a socially, economically and ecologically sustainable society.  Following that train of thought I wish to share some ideas of our climate policies.

Analysing the climate change caused by humanity leads us to choose between tolerating the impact of global warming, adapting to the consequences of global warming or investing in preventing it.

Finding the right balance between adaptation and prevention cannot rely on market forces alone. For individual household or firm, it may be rational to externalise the costs of carbon dioxide emissions and thus avoid the costs of prevention. The rising costs of impact and adaptation are shared by the whole world and even by the future generations.

To back up market forces we need government policies, and international co-operation.

the Government of Prime Minister Antti Rinne has decided that in order to convince other countries of the importance of acting soon, we have to show that we are ready to change first. This is why we have adopted a new target to make Finland carbon neutral by the year 2035 and carbon negative soon afterwards.

This target is very ambitious and it will mean we will have to adjust our emission reduction targets for the coming years and commit to new reduction measures in all main sectors as well as maintaining and strengthening our considerable carbon sinks in the LULUCF sector. We are currently in the process of adjusting our national climate plans to reflect the new target but I can offer some insights into concrete ways we are pursuing this path.

One of the key drivers we see is a large-scale electrification of our societies. We need to stop using fossil fuels, be it in energy production or in transport.  In energy production Finland has decided to phase out coal in 2029 and the current government is offering incentives to coal plants that close early.

Both the demand for electricity and the production mix will undergo significant changes. Last year we saw in Finland the first wind parks built with purely commercial terms and the trend has been continuing this year. The falling production costs of clean wind energy – both on and off shore – will be a big factor in us achieving our targets.

For industrial processes, we have made the sectors develop plans and pathways towards carbon neutrality. And I am glad to say all the industries have also committed to this goal. The commitment to environmental and social protection, alongside sustainable economic growth, is a strong undercurrent we all share in Finland.

Furthermore, in traffic, we have committed to halving transport emissions from 2005 levels by 2030. This will be a difficult task as the Finns are driving some of Europe’s oldest cars in one of the least densely populated country. However, difficult does not equal impossible. There are many ways to have more passenger-kilometres by less CO2. The share of electric vehicles, which are becoming cheaper by the day, is increasing and combustion engines can work on bio-based gas, to name promising examples. Finland is also heavily investing in new rail connections between the major cities.

We also hope Finland can offer other countries an example in not just reducing emissions but also increasing carbon sinks. We have a large stock of forest and because of sustainable forestry practices it is increasingly growing. Currently some 73 percent of Finland’s land area is covered in forests. This is why it matters what we do in the land use sector. At the same time, forest industry is a key sector of the Finnish economy and it is developing products by which we could replace fossil materials, such as single use plastics. To promote a sustainable development policy also in the forestry sector, the Finnish government is investing money in the coming years to reforestation and protection of peatlands to keep emissions from the land use sector down and make sure our carbon sinks grow also in the future. Economic and environmental sustainability need to coexist.

One of the most difficult things in the climate discussion is the management of expectations. When we are talking about events and developments some 15-30 years down the line, it is sometimes difficult to assess the scale of the effects. People are right to be worried about the climate change, this is why we have to act.

But sometimes people are also afraid of the actions we need to take. We have used relatively cheap fossil energy to produce economic growth and welfare. What will the fundamental change entail? On a very personal level one may ask whether one has to give up one’s favourite food? Can I drive to work anymore or will holidays in the Mediterranean become banned?

I am convinced that we  should carefully avoid the most alarmistic visions of future. My conviction is not based on desire to stay in political comfort zone. Apart from the fact that they are not based on best scientific knowledge we have they are more likely to promote defeatism instead of action. A deer in headlights is likely to freeze, a human facing an overwhelming catastrophe is likely to avoid thinking about it.

We can solve the climate crisis and safeguard our welfare while doing so. The secretary general of the World Meteorological Organisation Petteri Taalas pointed that out in newspaper interview September 13th: The technology and economics for solving the problem exist.

An interesting article released about the same time in the nearby Aalto University studied the existing climate policies found out that costs were much lower than expected. In wealthy, developed countries the costs between 1990 and 2015 were between 0.2 (zero-point-two) and 1.6 (one-point-six) percent of GDP.

Of course, there will be less low hanging fruit available as the level of our ambition rises. However, to claim that the economic and ecological sustainability are compatible is quite realistic, to say the least.

one of the cornerstones of our climate policy is the notion of a just transition. This means that we have to look at social sustainability in all climate actions. This a core requirement if we want to build a sustainable future.

In practice this means that we have to assess the effects on employment when deciding on climate actions and where necessary, to find ways of compensating and creating new jobs where old ones are lost. The effects on particular sectors can be very challenging.

In addition, social acceptability of climate policies is not just about money. People can rightly feel that climate action is threatening their way of life, in essence their identity.

This is why we should tread carefully and avoid inflammatory comments or naming and shaming. What counts is the CO2 figures going down, not who was right and who said what. We must be able to build a narrative that connects all of the society.

Since July, Finland has held the rotating presidency of the European Union. For Finland this is already the third time we are in this role. The Greek philosopher Herakleitos once noted that no one can step in the same river twice. This also holds true for the EU presidency – each one is very different.

This time, the presidency has taken place in an institutional junction. Not just one, but three of the EU’s core institutions are or have been in the midst of change.

We hope the new Commission will take office as soon as possible. The new parliament, with over 60 percent new MEPs has begun in a bold manner. And a new president, Charles Michel of Belgium, will take over from Donald Tusk in the European Council in December.

This has meant two things for the Finnish presidency. First of all, it has somewhat paradoxically been the rotating presidency that has had to provide continuity in EU decision making.

And second, because the term is just starting there hasn’t been too much legislative files on the agenda. This has made it possible for us to focus on the political initiatives that we think are the most vital for the next five years. In EU-speak, we have had the task of “implementing the Strategic Agenda” into the council’s work.

As I said one of the priorities, we have highlighted is the need to make EU a global leader in climate issues. In this respect there are many reasons for optimism.

The incoming president of the European Commission, Ursula Von Der Leyen, has put climate change in the core of her agenda. She has promised to make Europe the first climate-neutral continent and has proposed a European Green Deal during her first 100 days in office. In the area of just transition, we are hoping the Commission will propose a specific instrument in time for the next multiannual financial framework.

As the EU takes the role of a global climate leader, we need to make sure that global commitment to the Paris Agreement stays strong, even though the United States is about to withdraw from it within a year. EU has the regulatory capacity, the financial resources, and I hope the political will, to show to the rest of the world, that combating climate change can be done in a sustainable way.

Sustainability should also be in the core of EU’s future growth agenda. We need a long-term growth strategy that should ensure that EU becomes the world’s most competitive and socially inclusive, climate-neutral economy.

the Global Energy Awards is a wonderful way to showcase some of the best work on sustainable development there is. Reading the stories of past winners and current candidates gives you the positive feeling that we can manage this difficult transition towards a sustainable future.

I am also very pleased to see such a global coverage. This is exactly the kind of collective understanding we need.

I wish you all the best during these two days in Finland and I wish all the best to all the candidates and future award winners.