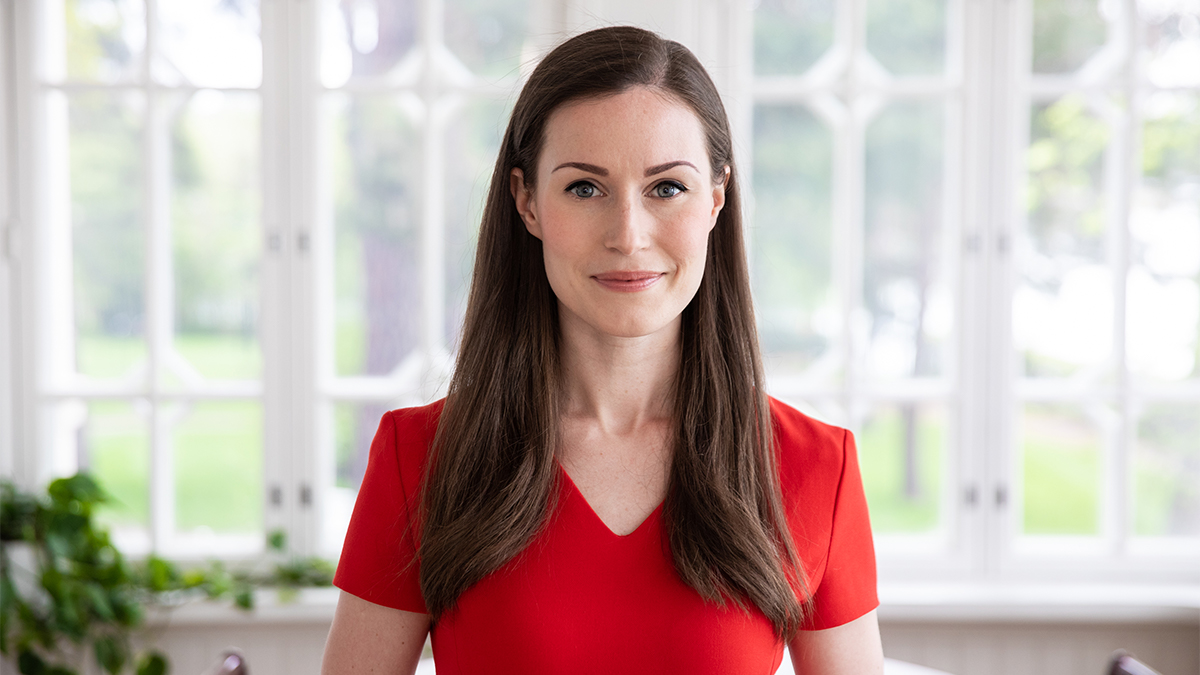 Prime Minister Sanna Marins gave a speech at the celebration of the Sámi Parliament’s parliamentary. Term check against delivery.

The Sámi are the only indigenous people in the European Union. Their status as an indigenous people is enshrined in the Constitution of Finland. As a state, Finland is committed to promoting and safeguarding the fundamental rights that come with this status.

Last October, the Government appointed the Truth and Reconciliation Commission Concerning the Sámi People in cooperation with the Sámi Parliament and the Skolt Sámi Siida Council. The matter was prepared in close cooperation over four years. In many respects, the commission’s work is a unique, historic process in Finland.

It is important to have sufficient support available in the Sámi languages and in a culturally appropriate manner throughout the commission’s working term. Prior to this, such services have not been available in practice.  The Sámi psychosocial support unit Untuva held its opening yesterday. I wish the unit every success in its fundamental work.

A monitoring group has been appointed to support the work of the Truth and Reconciliation Commission. Representatives from the parties in Parliament and the Sámi Parliament were invited to join the monitoring group. This is another to support the commission's work across government terms. The Sámi Parliament will meet just before Midsummer to discuss the future of the Sámi Truth and Reconciliation Commission. I sincerely hope that we can continue on this path together and can bring the long-awaited work of the commission to completion.

Last summer, the Government adopted its Strategy for Arctic Policy, which extends until 2030. The ever-accelerating rate of climate change and the changes in the geopolitical situation in the Arctic region, which are at the core of the strategy, are more topical now than ever before.  The strategy includes measures that are important for the Sámi in several different priority areas. The rights of the Sámi people and the wellbeing of the entire population in the northern regions are taken into account comprehensively in the strategy.

In the Arctic region, climate change is the greatest threat to biodiversity. The Arctic population, particularly indigenous peoples, are the first to experience climate change and its effects on their lives and cultures. Climate change make it more difficult to pursue traditional livelihoods, such as reindeer husbandry. Economic activity in the Arctic has also grown, for its part reducing opportunities for traditional economic and cultural activities.

During this government term, other legislative steps have also been taken to safeguard the rights of the indigenous Sámi people. For example, the Government Proposal for the reform of the Mining Act aims to strengthen the rights of the Sámi people by requiring applicants for mining projects to assess the impact of their projects on the Sámi as an indigenous people and by further specifying the permit regulations aiming to reduce harm to traditional Sámi livelihoods.

Similarly, the prohibition against weakening and obligation to promote the rights of the Sámi have been recognised in the preparation of the Land Use and Building Act and in the Nature Conservation Act recently submitted to Parliament. With regard to the overhaul of the Antiquities Act, the working group preparing the Act has concluded that it would be justified to include a separate chapter on Sámi archaeological heritage in the Act.

I would also like to draw attention to the linguistic rights of the Sámi people: Languages are an integral part of cultural identity, but many of them are endangered. All of the Sámi languages spoken in Finland are endangered. Inari Sámi and Skolt Sámi are at risk of extinction. I am pleased to say that the Language Policy Programme will provide tools for protecting language rights and reviving languages.

A lot has been achieved, but much work remains to be done to safeguard the rights of the Sámi people. We need to continue our cooperation and dialogue.

As one of the most important matters under discussion, I would like to mention that the Government is committed to examining the conditions for ratifying the ILO Convention No. 169, and that we are working to advance this process.

Continuing the work to reform the Act on the Sámi Parliament is also a top priority. We must amend the Act urgently, taking into account the decisions of the UN Human Rights Committee in particular. This week, the UN Committee on the Elimination of Racial Discrimination once again issued a decision on this matter. In my view, it is very important that we prevent violations of rights in the future and respect the right of the Sámi people to self-determination. I also consider it important to ensure that the legislation in Finland respects the rights of indigenous peoples.

The Government has drawn attention to the issue of hate speech against the Sámi people. Indigenous peoples around the world face harassment and intolerance, especially when it comes to disagreements over land and natural resources.  In the wake of recent major changes in the world, it is increasingly important to respect and appreciate one another.

I would like to thank you once again for inviting me to attend the celebration of the Sámi Parliament and bring greetings from the Finnish Government.

I wish the best of luck and every success to the Sámi Parliament in its future work!