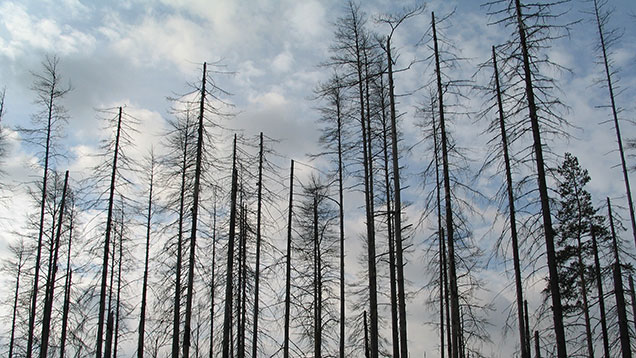 The ability to prepare for extreme weather events will be increasingly important in the future. A European team of researchers has developed a role-playing game to help authorities plan their response to extreme weather events. Finland’s Presidency will test the game at a workshop for civil protection authorities focusing on chemical, radiological and hybrid threats as well as weather phenomena.

A number of studies indicate that extreme weather events are likely to increase in the future. The ANYCaRE role-playing game for groups provides authorities and experts from weather-sensitive sectors the opportunity to practise decision-making in weather-related crisis situations.

"The game was designed on the basis of research findings and past weather events", says Ilona Láng, a researcher from the Finnish Meteorological Institute and one of the game’s developers.

The players assume their own official roles when playing the game. The game helps participants understand the impact of their decisions on the other players. The learning method, based on preparing for real-life situations through game practice, is known as serious gaming.

In the context of Finland's Presidency of the Council of the European Union, the Ministry of the Interior is running a workshop for EU member states’ civil protection authorities in Helsinki on 22–23 July. The workshop will include a training exercise using the ANYCaRE game. The organisers are expecting about one hundred participants from all over Europe to attend.

Veera Parko, Director of International Affairs at the Ministry of the Interior, says: "The idea of the role-play exercise is to spur the players to think about the ways in which the various parties involved need to work together in an imaginary crisis combining extreme weather events, hazardous chemicals and hybrid threats."

The specific aim of the workshop is to enhance the assistance provided via the EU civil protection mechanism, and to help authorities detect any deficiencies in preparedness.

The ANYCaRE game has been tested at three training exercises in Grenoble (France), Barcelona (Spain) and Mikkeli (Finland) in 2018. In these tabletop exercises, the players (including rescue workers, meteorologists and power plant employees) rehearsed the procedures required to tackle hazardous weather events.

The Mikkeli exercise was held in the local Rescue Department premises. Players practised preparedness with the help of a simulation of the Asta storm that hit Finland in 2010.

"The players discovered how using various impact forecasting tools could simplify their work during a real-life storm", says Ilona Láng.

Role play also helped the players identify some of the uncertainties involved in decision-making and understand the challenges faced by other authorities in crisis situations.

The scenario used in the game is based on the results and tools of the ANYWHERE project, which is being funded from the EU’s Horizon 2020 programme.