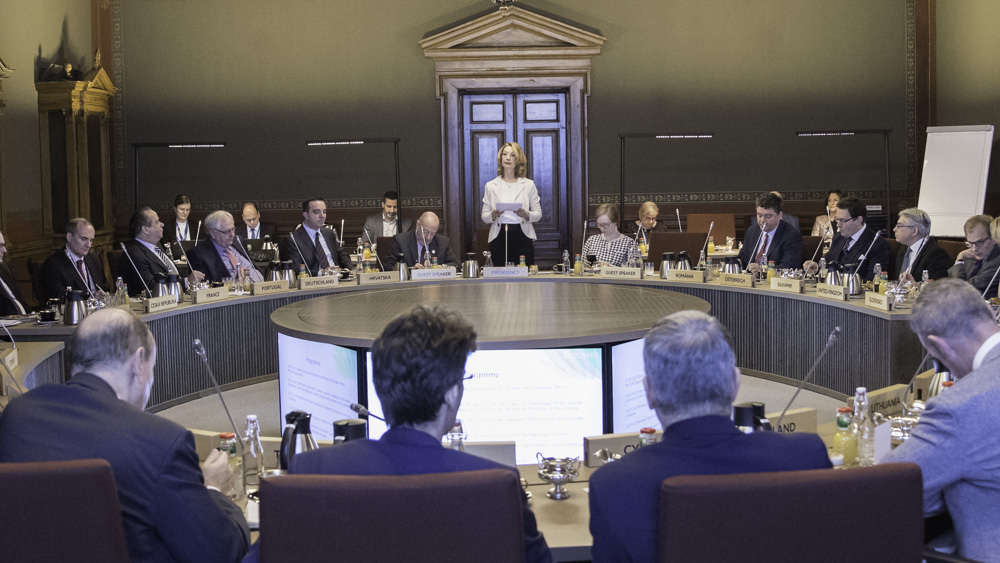 Minister of European Affairs and Ownership Steering Tytti Tuppurainen and EU ambassadors in EU and candidate countries met today in Helsinki to discuss how to combat hate speech, hate crime and antisemitism. The discussions clearly highlighted how these phenomena are problems across Europe. European cooperation and the sharing of good practices are of paramount importance in the fight against these phenomena.

In her opening speech, Minister Tuppurainen spotlighted a worrying trend: the normalisation of racist hate speech in political discourse.

“Politicians and other public figures use expressions that were unheard of just a few years ago. There is every reason to be afraid that a normalisation of antisemitic speech may be on the way. We must not to get caught in the catchy populist voices which divide our societies in good and bad citizens, us and them, friends and enemies. This undermines a democratic and open political debate; radicalization and extremism gain ground. We all need to step up our efforts in preventing intolerance, racism and xenophobia,” she said.

Minister Tuppurainen described the EU as a union based on respect for human dignity, freedom, democracy, equality, the rule of law and human rights. However, these values are not self-evident, which is why one of the priorities of Finland’s Presidency of the Council of the EU has been to strengthen them. Adhering to these values has guaranteed the longest period of uninterrupted peace in the history of Europe. We must learn from history so that the same mistakes are not repeated.

“Remembrance is not just remembering, remembrance is about keeping a memory alive, so as not to allow ourselves to overlook horrors that have happened in the past. If we are to fully understand the present and shape a better future, an awareness and understanding of the past is crucial”, Minister Tuppurainen added.

The importance of sharing good practices also came up during the discussions. This phenomenon concerns the whole of Europe. The role of education was also considered important. For example, democratic values, media literacy, tolerance, critical thinking and conflict resolution skills are issues that require teaching and learning.

“Together, we are committed to combatting antisemitism and all forms of discrimination. Our European values require from us constant work for the rule of law and for fundamental rights”, Minister Tuppurainen said.

The event convened by Minister Tuppurainen was attended by 25 representatives of the EU and candidate countries, Israeli Ambassador Dov Segev-Steinberg and several experts in the field.