State-majority owned companies refer to companies in which the State holds the majority of voting rights. This section provides information on individual state-owned companies, their finances and executive remuneration.

State-associated companies are companies in which the State holds less than 50.1 per cent of the share capital and the voting rights carried by the holdings.

Information on these companies is gathered after the annual general meetings in May.

Additionally, companies can be divided into various categories according to the type of interest held by the State. It determines, among other things, the ministry responsible for ownership steering in respect of the company and the size of the holdings that the State is required to keep in it. 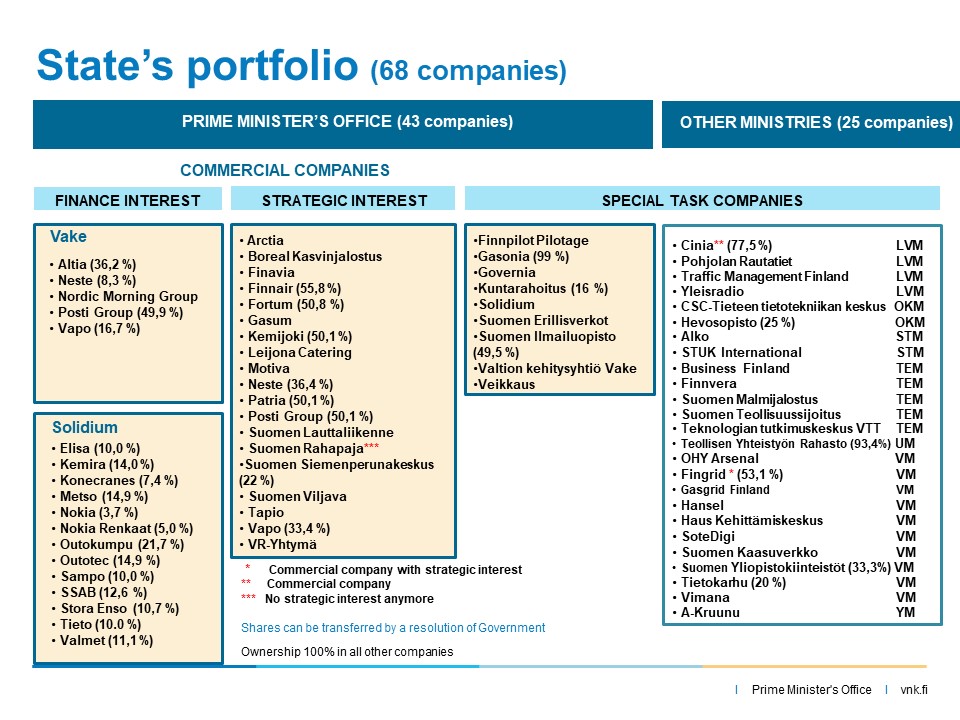