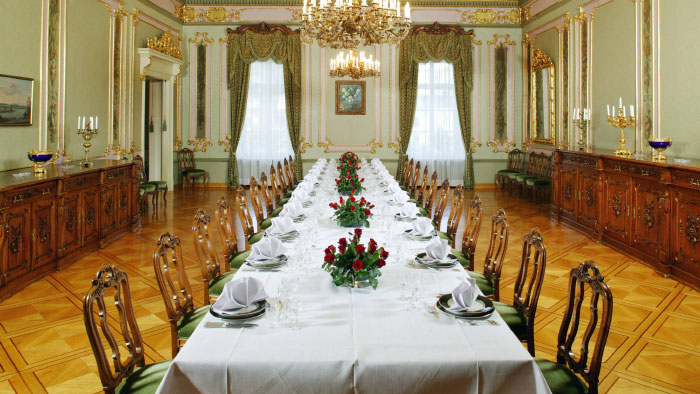 In 1820, Engel planned a house for the Inspector General of the Army. Construction began that same year, and the house was completed for the most part two years later. In 1824 people began to refer to the building as the Division Commander’s house. For many years, the building was used by the University that had been transferred to Helsinki.

In 1835, the building became the residence of the acting Governor General of Finland. In 1840, a decision was taken to repair the building and convert it into a palace for the Governor General. Alterations introduced at that time were, however, only minor. It was not until 1866 that major changes came about, when Carl Albert Edelfelt (1818–69) prepared plans for a thorough renovation of the building. 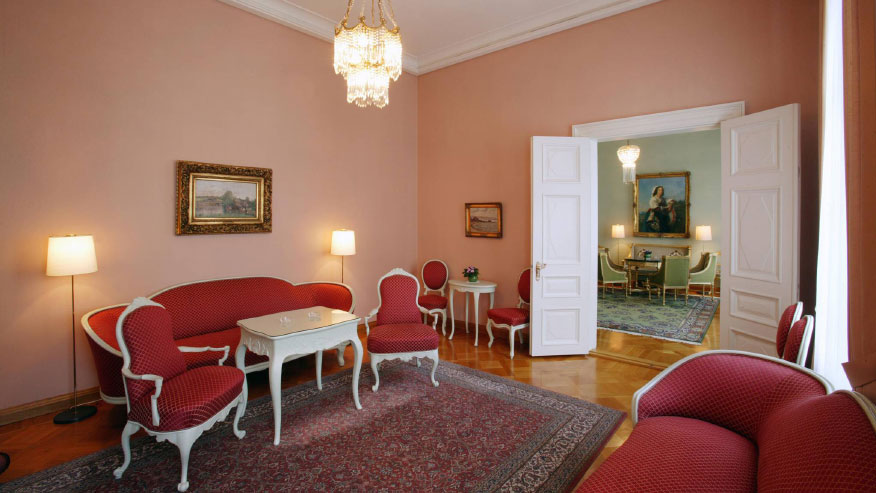 Engel’s elegant yet simple Empire style no longer sufficed; more splendour was wanted. A few walls were moved downstairs, and upstairs the anteroom and drawing room were combined into a single large hall. Two other rooms were joined to form a large dining room. The rooms were decorated with gilded plaster ornamentation and tapestries. The old wooden floors were replaced with parquetry. New furniture and other items were also procured.

After this renovation the house served for a long time as the Governor General’s residence and a centre of social life in the capital. 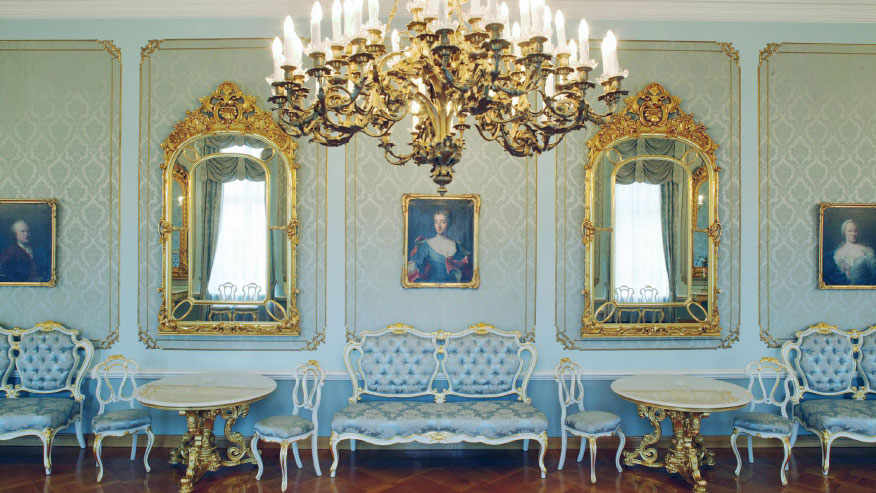 In 1918, the building housed certain administrative bodies and the headquarters of the Red faction in Finland’s civil war. As a result, it has since then been known as 'Smolna', after the famous building in St Petersburg. Carl Gustaf Emil Mannerheim lived in the house while serving as Regent of the newly independent nation.

In 1964, the Government decided to use the building as banqueting premises.

The main emphasis in the restoration project was on the upstairs Dining Room and the Blue Salon, which were restored to their appearance after the changes introduced by Edelfelt. The furniture mainly dates from the days when the building served as the Governor General’s residence, with the addition of various Biedermeier pieces. 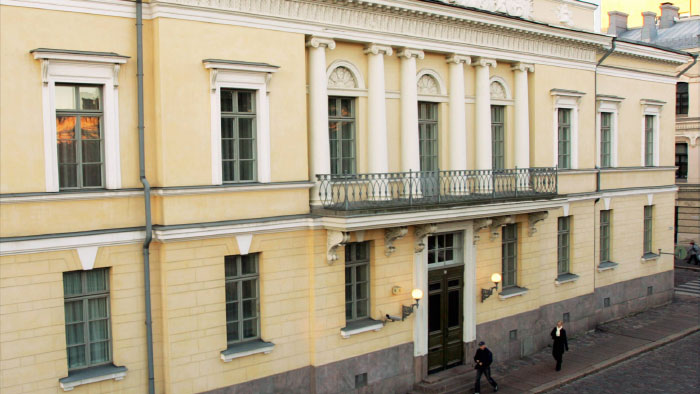 The two-storey house has always had the floor plan of a private palace. The main rooms face the Esplanade and Fabianinkatu.

Only a small outbuilding stood in the courtyard originally. The building’s elegant main facade is a good example of Engel at his best. The central risalto has six Ionic columns on the first floor, as well as five arched windows. The ground floor is rusticated and the windows are unframed. The entrance way is on the central axis. The first-floor walls are smooth but the windows are framed. Ornamentation is focused on important points on the facade and is more abundant in the middle.

In the courtyard are three apartments which are at the disposal of members of the Government.