House of the Estates

The House of the Estates, designed by Architect Karl Gustav Nyström, is located in the vicinity of Senate Square and stands opposite the Bank of Finland.

This dignified Neo-Renaissance building serves as a venue for meetings and official functions held by the Prime Minister's Office and other offices of the central government.

The first House of the Finnish Diet 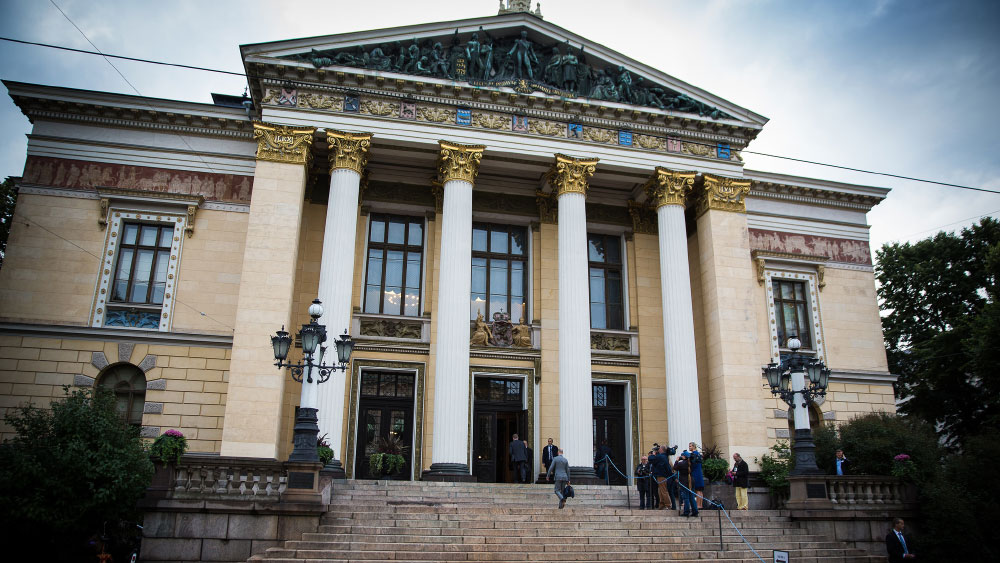 The House of the Estates, built between 1888 and 1890 for the three common estates as a venue for meetings during the Assembly of the Representatives of the Estates, was inaugurated in January 1891. The familiar design of Greek temple facades, complete with columns, adorns the facade of the House.

The tympanum depicts a group of symbolic bronze figures, completed by sculptor Emil Wikström in 1903, the central figure being the Russian Emperor Alexander I confirming the laws and national rights of Finland.

A monumental entrance hall richly decorated with paintings leads to a grandiose staircase, illuminated by the light filtering through a skylight with coloured window panes. On the landing above the stairs stands a replica of Walter Runeberg's symbolistic sculpture 'The Law', the original of which is in the pedestal of the statue of Alexander II in Senate Square, Helsinki. 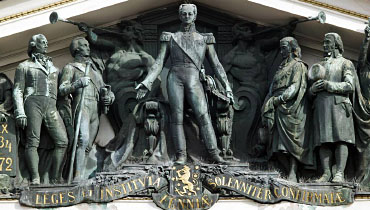 The Estates used to meet in the assembly halls on the first floor. After the implementation of a single chamber parliament in 1907, the House of the Estates could not accommodate the two hundred representatives of Parliament. Meetings of parliamentary committees were still held in the building, which also housed the Library of Parliament until the new Parliament Building was completed in 1931.

For the next half century, the building was known as the House of Learned Societies, housing the offices and libraries of some sixty-five Societies. The House also served as a venue for various functions held by these Societies.

In 1978, the administration of the House of the Estates was transferred to the Prime Minister's Office. 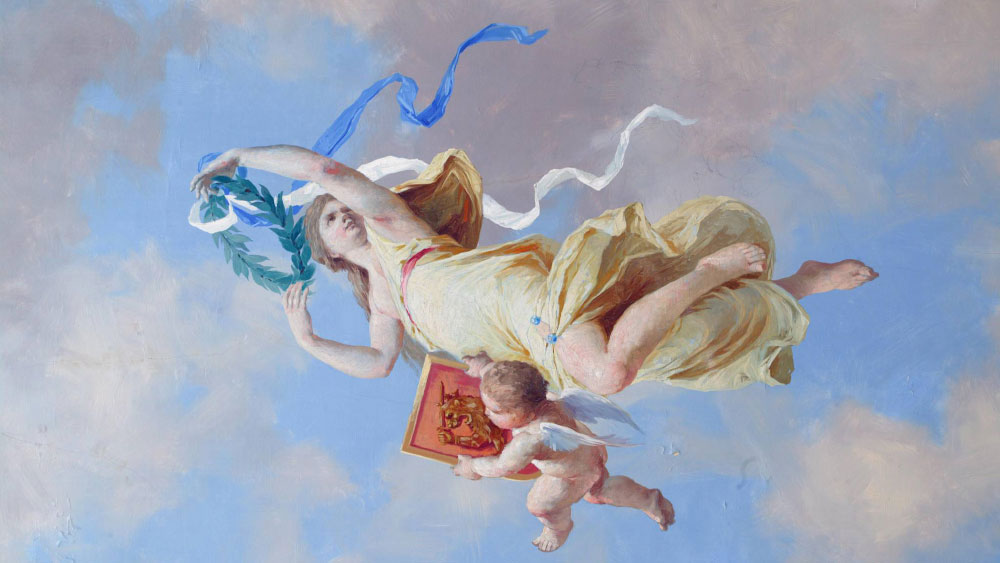 The building was thoroughly renovated in1988–1993. The renovation and alteration work was designed by Architect Vilhelm Helander. The original stucco, marble and other ornamental work in Renaissance and German Art Nouveau (Jugendstil) styles by ornamental painter Salomo Wuorio and his assistant C. Ehrling were cleaned and restored.

Today, the House of the Estates serves as a Government banqueting premise which annually hosts hundreds of events ranging from working group meetings to grandiose receptions. The former Assembly Hall of the Estate of Burgesses on the first floor facing Kirkkokatu is now the Banqueting Room. The Assembly Hall of the Peasantry facing Rauhankatu has been converted to a lecture room, and the former Hall of the Clergy facing Snellmaninkatu is now a conference room. Whatever has survived intact of the old furniture has been renovated and brought into use.