The Königstedt Manor is located on the southern bank of the Vantaa River in Seutula, Vantaa. The manor was acquired by the State in 1961.

Over the years, Königstedt has accommodated a number of esteemed State guests and it regularly serves as a venue for various meetings, negotiations and receptions.

Origins in the 16th century 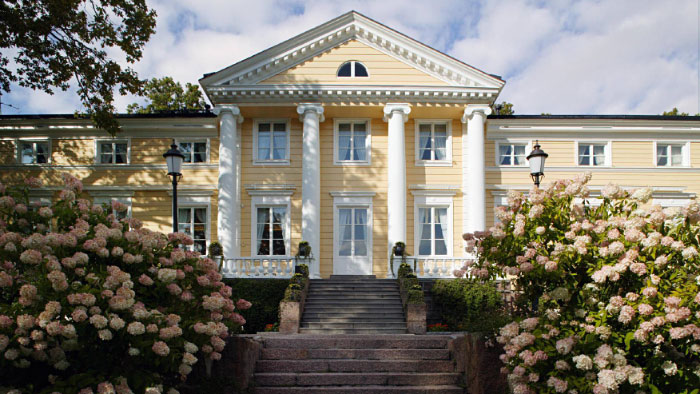 The first mention of the manor dates from 1511, when Olavi Niilonpoika, the local chief of police, owned it. The manor received its present name from Capt. Johan Köhn, who was raised to the nobility with the name of Köhnningstedt during his ownership of the manor.

Counsellor of State Jacob Wilhelm Hisinger had the present manor built in 1816. The architect is thought to have been Carl Ludwig Engel. In the 20th century the manor was owned, among others, by Col. Mikael Gripenberg and Baron Gustaf Wrede. The State purchased Königstedt from Baroness Asta Wrede in 1961.

In addition to farming and horse and livestock raising, the manor has been the site of a glassworks and an apple orchard. There has also been a mill and a sawmill by the Königstedt rapids.

A manor in the empire style 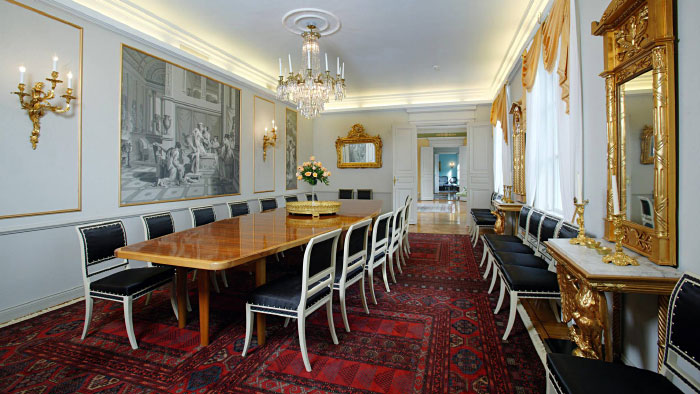 Since 1825, the exterior of the building has  been coloured with a combination of yellow and white oil paint. The interior colouring follows the grey scales of the Empire style complemented by stronger tones.

The Dining Room is decorated with hand-painted wallpaper, acquired from Paris, representing Amour and Psyche. On the first floor, the Empire furniture is complemented with Gustavian style furniture and on the ground floor with neorococo furniture. The old millstones have been conserved in the stone floor of the entrance veranda. 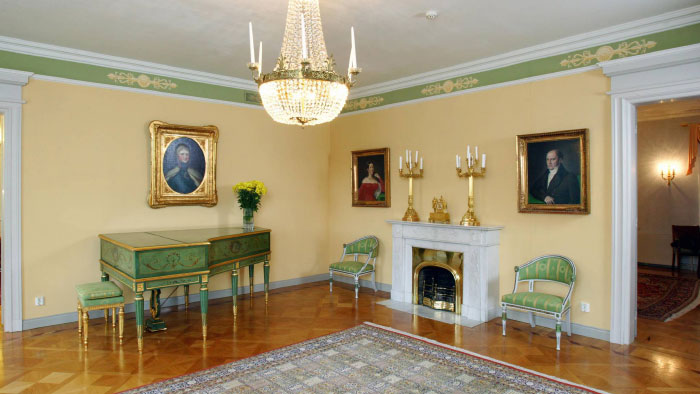 The manor was subject to numerous repairs and modifications over the past century. In the first restoration, a veranda with Ionic columns was added to the building, along with a balcony and Empire railing. The columns facing the garden and the tympanum were added in the late 1930s. The building was altered quite radically in the 1950s. Improvements at this time included central heating and indoor plumbing.

During the renovation works carried out between 1962 and 1963, the Green Salon was restored in the Empire style and the other rooms in a more bourgeois Biedermeier style. The most recent renovation and alteration works took place in 1997 when the building’s ventilation and electricity systems were renewed.

The Königstedt Manor presently covers some 35 hectares. The grounds also include a chapel dating from 1925 which has been rented to the local congregation. A turf-roofed sauna stands on the riverbank.