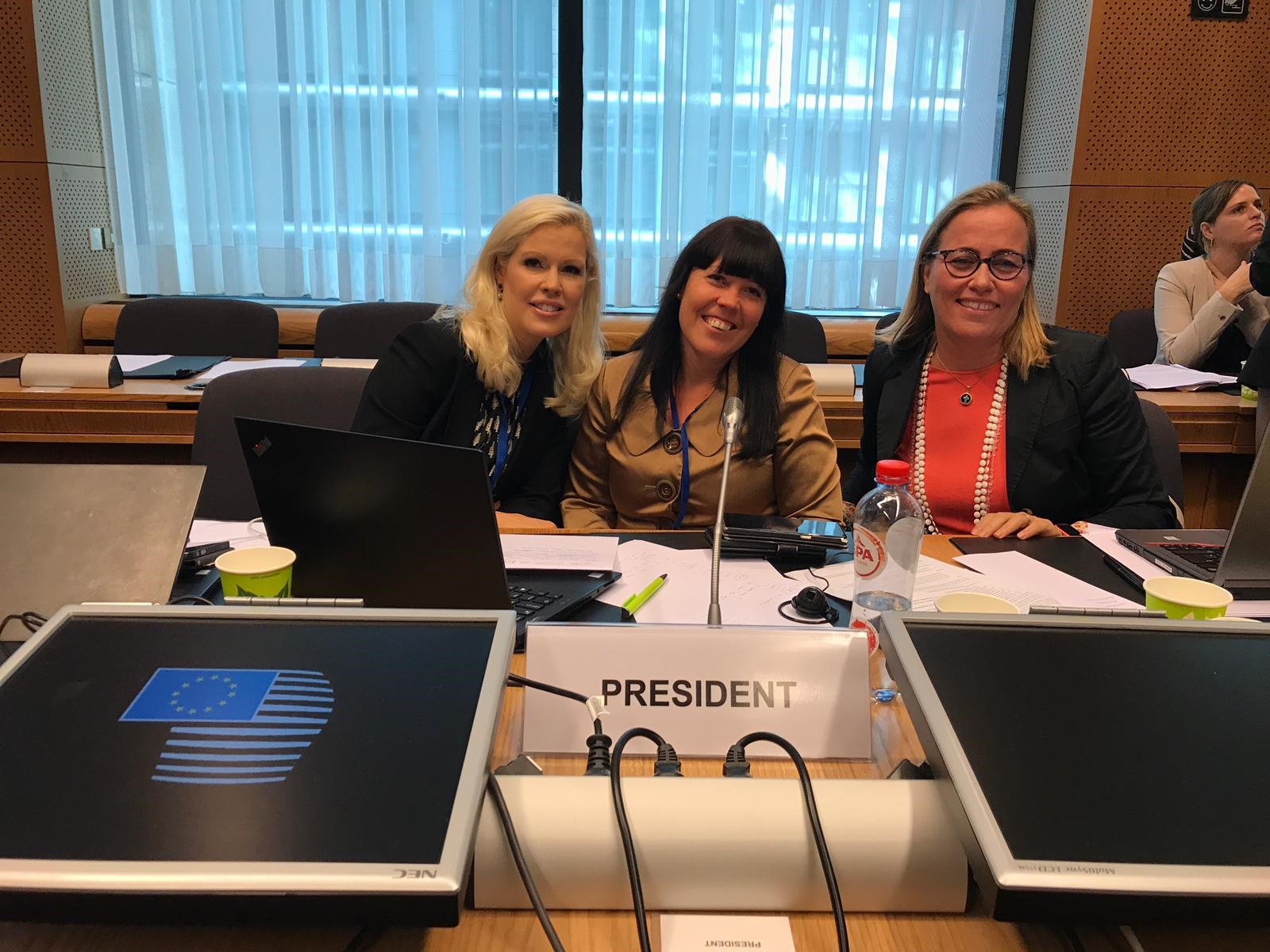 Maria Guseff chaired the Working Party on Fundamental Rights, Citizens Rights and Free Movement of Persons (FREMP) during Finland’s Presidency of the Council of the EU. Also in the photo are Vice-Chair Sonya Walkila (left) and Magdalena Marinez-Almeida from the Council Secretariat (right).

The EU would become the 48th party to the ECHR. The accession would have significant impacts on all Europeans because it would give individuals and undertakings the opportunity to appeal to the European Court of Human Rights against actions taken by the EU institutions. It would also emphasise the EU’s commitment to the key values of the Council of Europe, i.e. promoting democracy, human rights and the rule of law.

The Treaty of Lisbon, which entered into force in 2009, provided for a duty of the EU to accede to the ECHR. By doing this, the EU would join a community of 47 European states that are already parties to the convention and have agreed that the European Court of Human Rights supervises their compliance with it. All EU Member States have also ratified the convention.

“The EU’s accession to the European Convention on Human Rights would be important both symbolically and in terms of the full realisation of individual rights. After the accession, any private or legal person could lodge an appeal against the EU to the European Court of Human Rights concerning violations of the rights guaranteed by the convention in matters where Union law has been applied to an individual case,” says Maria Guseff, Legal Counsellor in the Unit for EU and Treaty Law of the Ministry for Foreign Affairs. 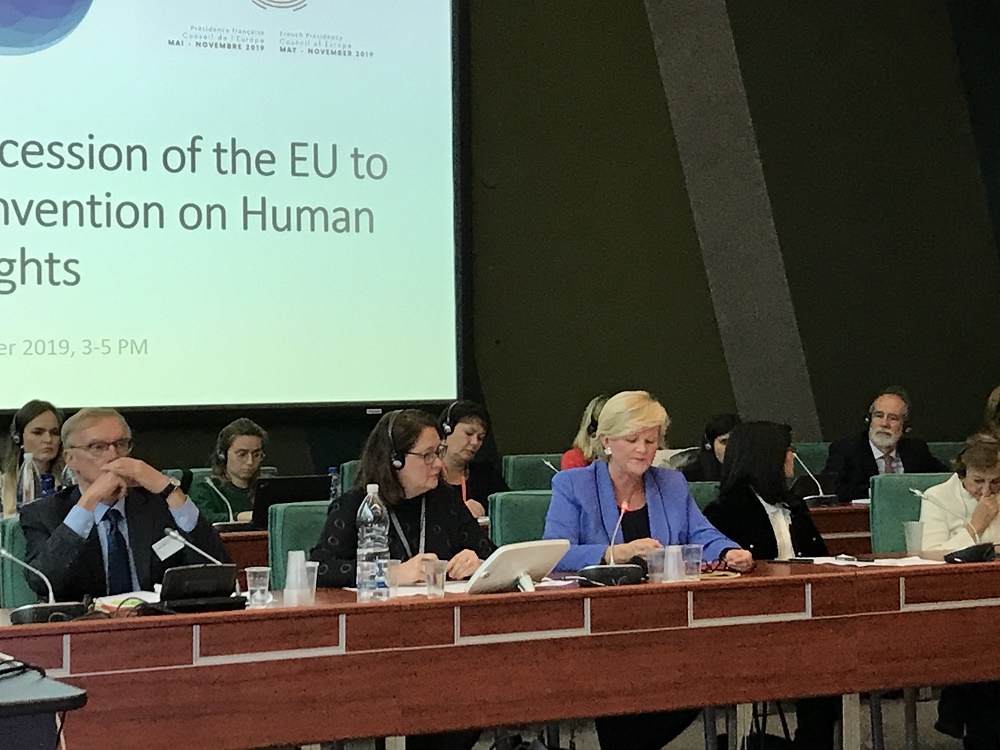 In November 2019 Finland's Permanent Representation to the Council of Europe, together with the EU delegation and France, organised a seminar on the EU’s accession to the ECHR. “The accession would also clearly strengthen the rule-based international system and trust in the EU institutions,” says Ambassador Nina Nordström, who opened the seminar. Also in the photo are former Judge of the European Court of Justice Allan Rosas (left) and Legal Counsellor Krista Oinonen (centre). Long process towards accession

Negotiations on the accession of the European Union to the ECHR, which is the key European treaty for the enforcement of human rights, have been under way since the end of the 1970s. In 2013 the EU and the parties to the ECHR reached a temporary agreement on a draft agreement on the accession. However, in the statement of 18 December 2014 (2/13) the European Court of Justice considered that the draft agreement was in certain respects not compatible with EU law.

The Council has repeatedly expressed its commitment to promoting the EU’s accession to the ECHR. At the same time, it has also expressed the need to find sustainable solutions to all legal issues raised by the European Court of Justice in its statement in 2014.

The next step for the Commission as the negotiator on behalf of the EU will be to negotiate on the necessary changes with the parties to the ECHR.