110 years of women's right to vote in Finland – in the 21st century, roughly half of all Finnish ministers are women

110 years ago today women in Finland were given the right to vote and to stand for elected office. In their day, universal suffrage and the Parliament Act of 1906 that enacted a unicameral parliament were progressive.

The first female minister was Deputy Minister of Social Affairs Miina Sillanpää in Prime Minister Väinö Tanner's Government in 1926. The next female ministers came several decades later, however. In the 21st century nearly half of all ministers have been female.

To date, Prime Minister Vanhanen's second Government, which took office in 2007, had the most female ministers, when 12 out of the Government's 20 ministers were women.   Two women have held the office of Prime Minister: Anneli Jäätteenmäki and Mari Kiviniemi. 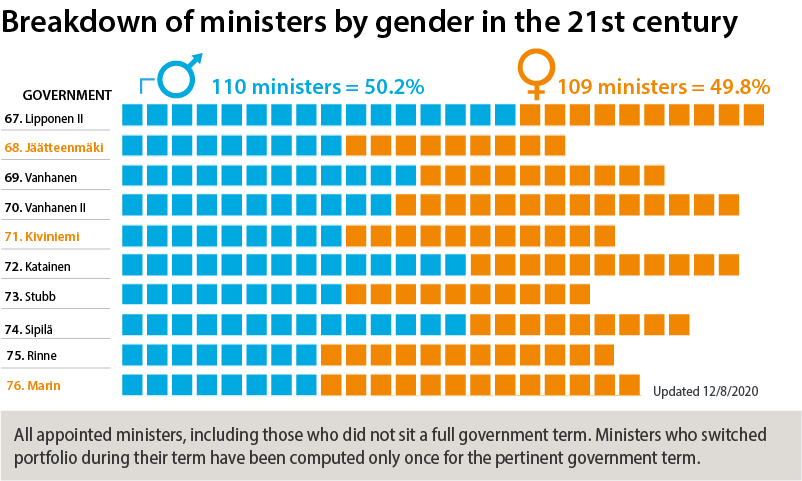 In the current parliament (April 2019), altogether 46.5% of all Members of Parliament are women.  By international standards, Finland's parliament ranks tenth at the moment.