Government Communications DepartmentMinistry for Foreign AffairsMinistry of Social Affairs and HealthMinistry of the Interior 6.8.2020 13.25 | Published in English on 6.8.2020 at 15.30
Press release 507/2020 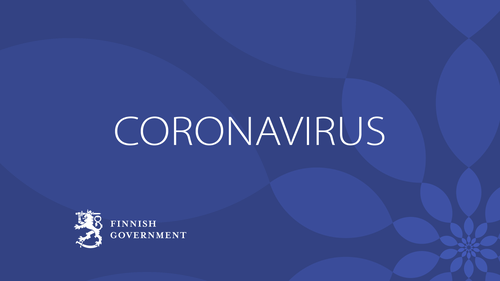 In its meeting on 6 August, the Finnish Government decided to reinstate internal border control for traffic between Finland and the Netherlands and between Finland and Belgium. Restrictions on external border traffic will be reinstated for traffic from Andorra to Finland. The number of coronavirus cases in the Netherlands, Belgium and Andorra has taken an upward turn since the previous assessment. The reinstated restrictions will enter into force on Monday 10 August.

Restrictions on entry may be lifted for traffic between Finland and countries where the incidence of COVID-19 has not exceeded eight new cases per 100,000 persons in the previous 14 days. Alternatively, with regard to internal border traffic, the lifting of entry restrictions may be considered for countries with a maximum of 10 new cases of the disease per 100,000 persons in the previous 14 days. If necessary, the lifted restrictions may be reinstated if the epidemic situation in a certain country deteriorates significantly.

The Government considers that the use of the alternative limit value is justified in case of Germany and Denmark. In these countries, the number of incidences is likely to have increased momentarily due to local clusters of the disease. The situation must be reassessed if the incidence rate clearly exceeds the limit value, as is now the case in the Netherlands and Belgium.

Other restrictions on entry remain unchanged

Insofar as external border control continues, the accepted criteria for entry are the return of persons living in Finland or in another EU or Schengen country and other essential reasons.

The epidemiological situation in Sweden has developed in a positive direction. The Government is committed to ensuring that, in connection with the next assessment of entry restrictions, internal border checks at the Swedish land, sea and air borders will each be considered separately. If the epidemiological situation allows, internal border checks between Finland and Sweden may be lifted either in part or in full, taking into account the health authorities’ recommendations.

The Government also discussed the earlier proposed regional approach for the lifting of restrictions, which has been examined by the authorities. At this stage, the report does not lead to measures.

The decisions made today will remain in force until 8 September, but they can be reassessed earlier if necessary. The Government will reassess the need for and extent of the restrictions on entry in approximately two weeks based on the epidemiological situation.

Under section 9 of the Constitution of Finland, Finnish citizens always have the right to return to Finland, and everyone has the right to leave Finland if they so wish, provided that there is no legal impediment to this. However, the Government still recommends avoiding unnecessary travel to other countries than those for which the restrictions on entry have been lifted. People leaving Finland must also take into account any restrictions imposed by the country of destination on travellers arriving from Finland.

For more information
Questions from citizens about border traffic