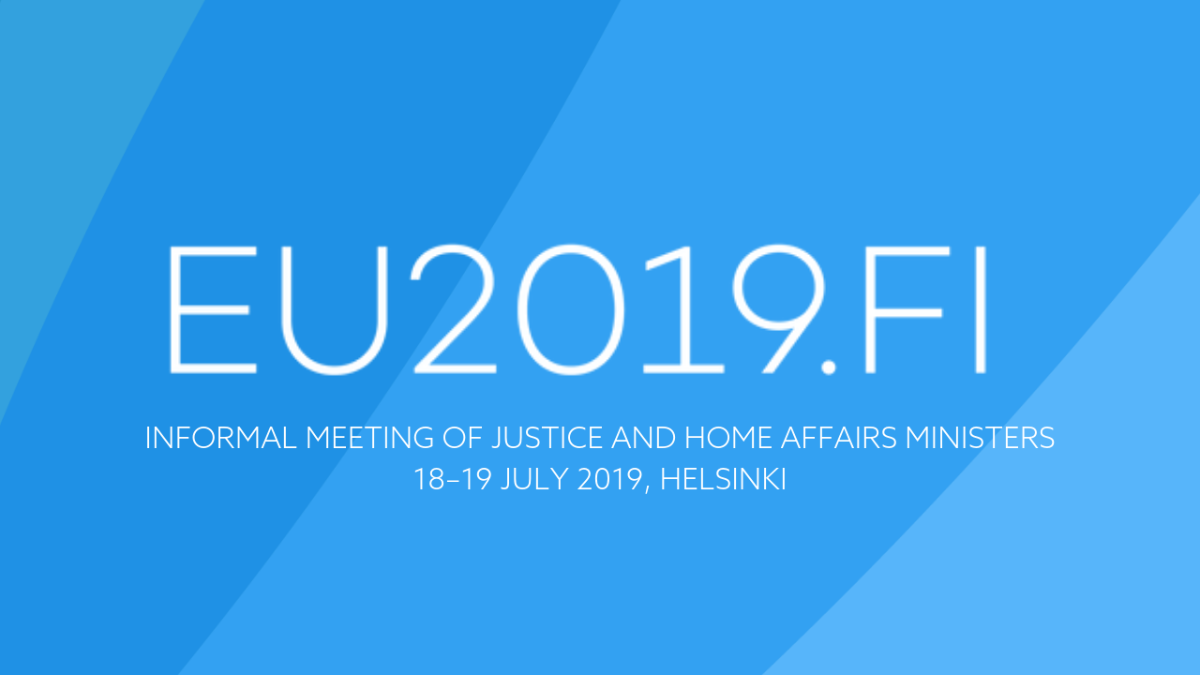 Migration, the course of internal security and strengthening of common values and the rule of law will be the key topics as the justice and home affairs ministers of EU member states convene in an informal meeting in Helsinki on 18–19 July.

The home affairs ministers will focus on the future of internal security within the EU. They will discuss how operational cooperation between member states’ law enforcement authorities, such as the police and border authorities, could be intensified and how the operation of Europol, or the European Union Agency for Law Enforcement Cooperation, could be further enhanced. The home affairs ministers will continue to discuss the future of internal security in the EU throughout the Finnish Presidency.

“When we talk about issues related to security in the everyday life of citizens, the EU plays a key role. We can make the EU a more safe and secure place to live in if we combat newly emerged threats, improve the crisis resilience of our societies and ensure respect for fundamental rights,” says Minister of the Interior Ohisalo.

The home affairs ministers will also look at ways of taking European migration policy forward. The main topics include cooperation with non-EU countries, reform of the common European asylum system, and return issues. The purpose of the session is to gather lessons learned in recent years and to consider how the outstanding issues could be solved.

The home affairs ministers will hold a political debate based on a fictitious hybrid threat scenario, with the aim of highlighting hybrid threats from the internal security angle. The debate is part of the Finnish Presidency’s objective of increasing awareness among member states and improving coordination between them in the fight against hybrid threats.

Common values and the rule of law: cornerstones of the EU

Strengthening common values and the rule of law is one of the priorities of the Finnish Presidency. On Friday 19 July, the ministers of justice will discuss this issue from the perspective of the justice sector. The effectiveness, independence and quality of national justice systems are key aspects of the rule of law. The implementation of these principles will also have an impact on cooperation within the European Area of Justice, which is based on mutual recognition and mutual trust.

The enhancement of judicial cooperation in criminal matters within the Union will also feature on the justice ministers’ agenda. Smooth cooperation is important for the investigation and prosecution of cross-border offences. The discussions will focus on detention conditions and alternatives to imprisonment.

Finland holds the Presidency of the Council of the European Union between 1 July and 31 December 2019. During the Finnish presidency, six informal meetings of ministers will be held at Finlandia Hall in Helsinki. The accreditation of media representatives to the informal meeting of justice and home affairs ministers will end on Thursday 4 July.